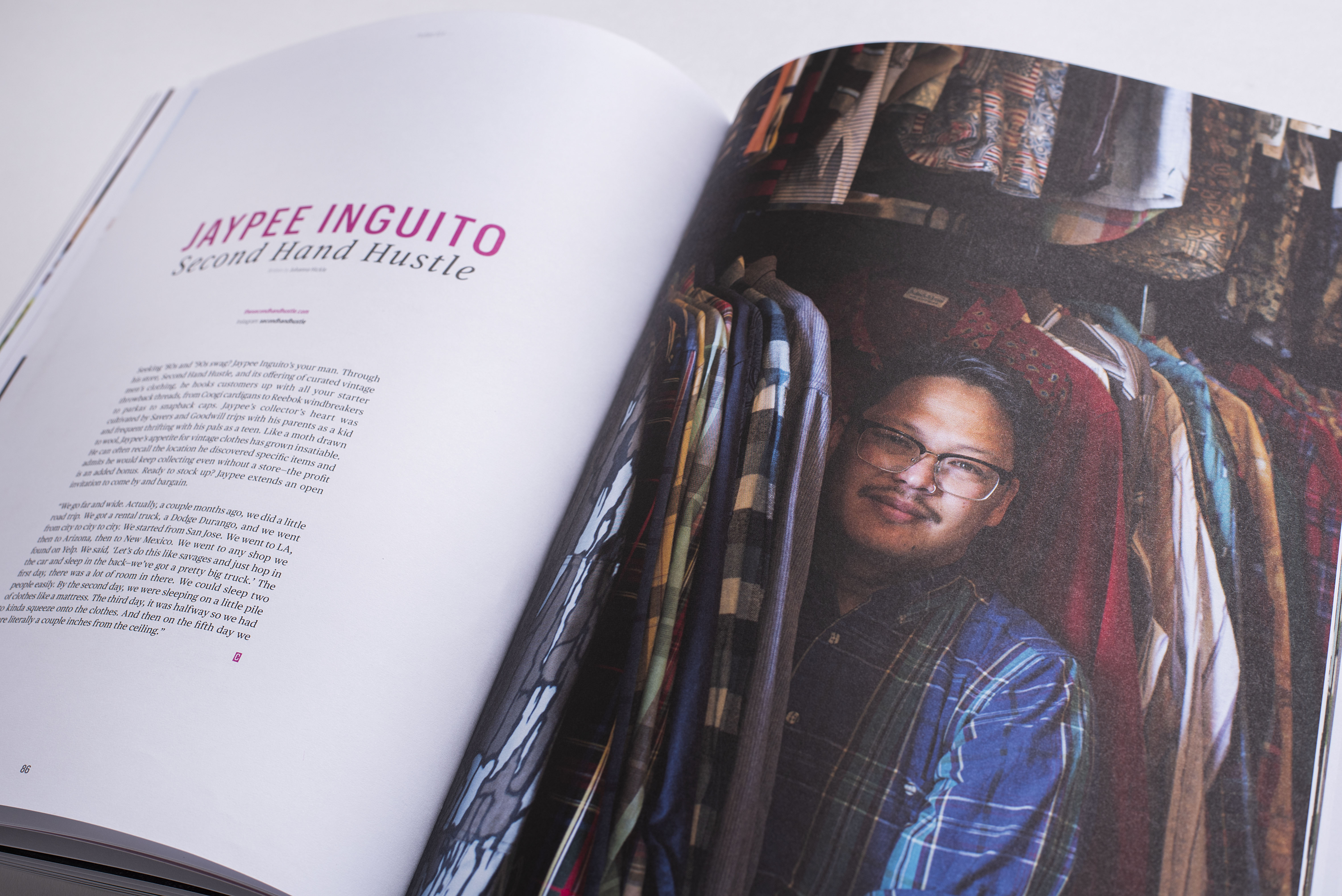 Seeking ’80s and ’90s swag? Jaypee Inguito’s your man. Through his store, Second Hand Hustle, and its offering of curated vintage men’s clothing, he hooks customers up with all your starter throwback threads, from Coogi cardigans to Reebok windbreakers to parkas to snapback caps. Jaypee’s collector’s heart was cultivated by Savers and Goodwill trips with his parents as a kid and frequent thrifting with his pals as a teen. Like a moth drawn to wool, Jaypee’s appetite for vintage clothes has grown insatiable. He can often recall the location he discovered specific items and admits he would keep collecting even without a store—the profit is an added bonus. Ready to stock up? Jaypee extends an open invitation to come by and bargain.

“We go far and wide. Actually, a couple months ago, we did a little road trip. We got a rental truck, a Dodge Durango, and we went from city to city to city. We started from San Jose. We went to LA, then to Arizona, then to New Mexico. We went to any shop we found on Yelp. We said, ‘Let’s do this like savages and just hop in the car and sleep in the back—we’ve got a pretty big truck.’ The first day, there was a lot of room in there. We could sleep two people easily. By the second day, we were sleeping on a little pile of clothes like a mattress. The third day, it was halfway so we had to kinda squeeze onto the clothes. And then on the fifth day we were literally a couple inches from the ceiling.”