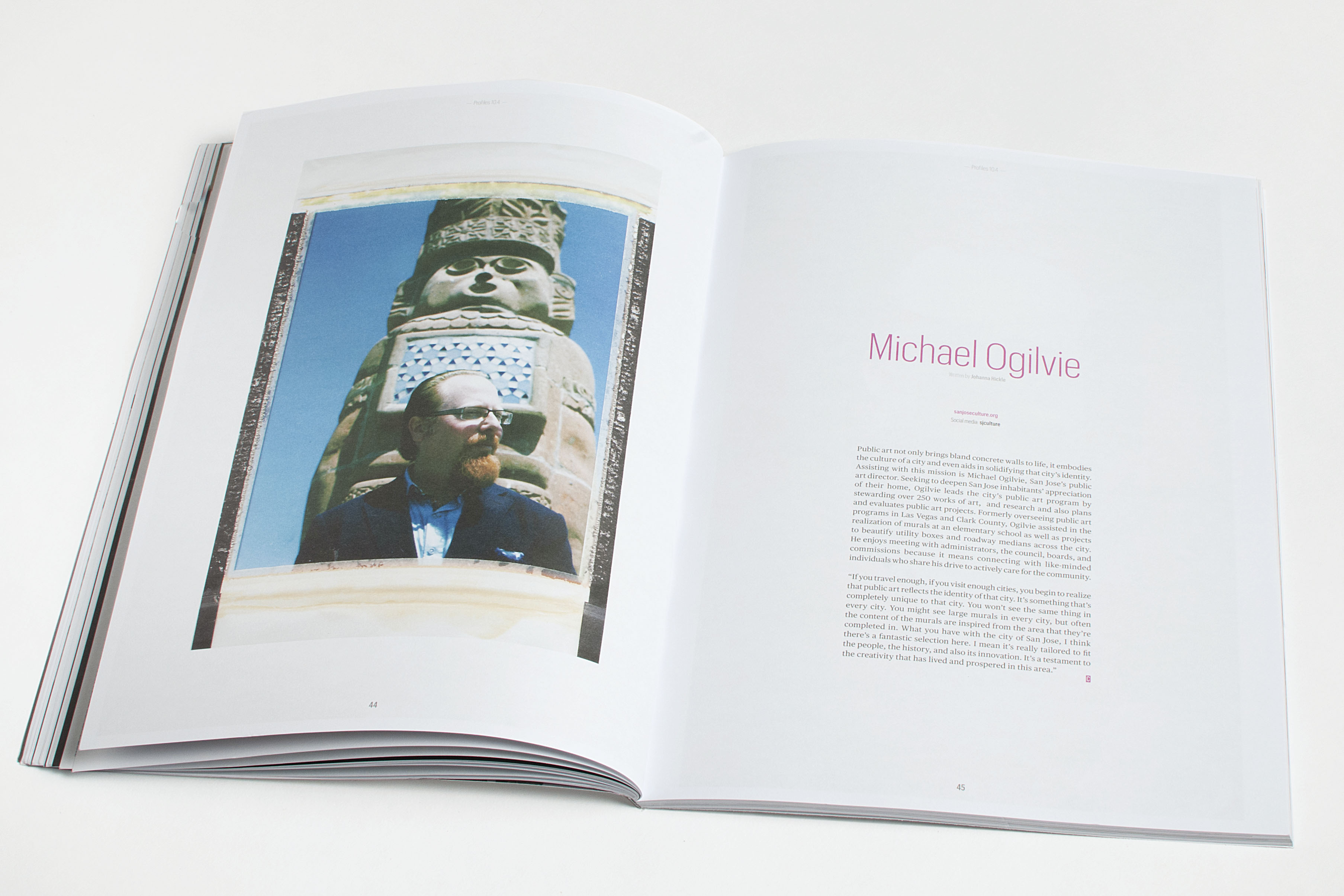 PPublic art not only brings bland concrete walls to life, it embodies the culture of a city and even aids in solidifying that city’s identity. Assisting with this mission is Michael Ogilvie, San Jose’s public art director. Seeking to deepen San Jose inhabitants’ appreciation of their home, Ogilvie leads the city’s public art program by stewarding over 250 works of art and research and also plans and evaluates public art projects. Formerly overseeing public art programs in Las Vegas and Clark County, Ogilvie assisted in the realization of murals at an elementary school as well as projects to beautify utility boxes and roadway medians across the city. He enjoys meeting with administrators, the council, boards, and commissions because it means connecting with like-minded individuals who share his drive to actively care for the community.

“If you travel enough, if you visit enough cities, you begin to realize that public art reflects the identity of that city. It’s something that’s completely unique to that city. You won’t see the same thing in every city. You might see large murals in every city, but often the content of the murals are inspired from the area that they’re completed in. What you have with the city of San Jose, I think there’s a fantastic selection here. I mean it’s really tailored to fit the people, the history, and also its also innovation. It’s a testament to the creativity that has lived and prospered in this area.”