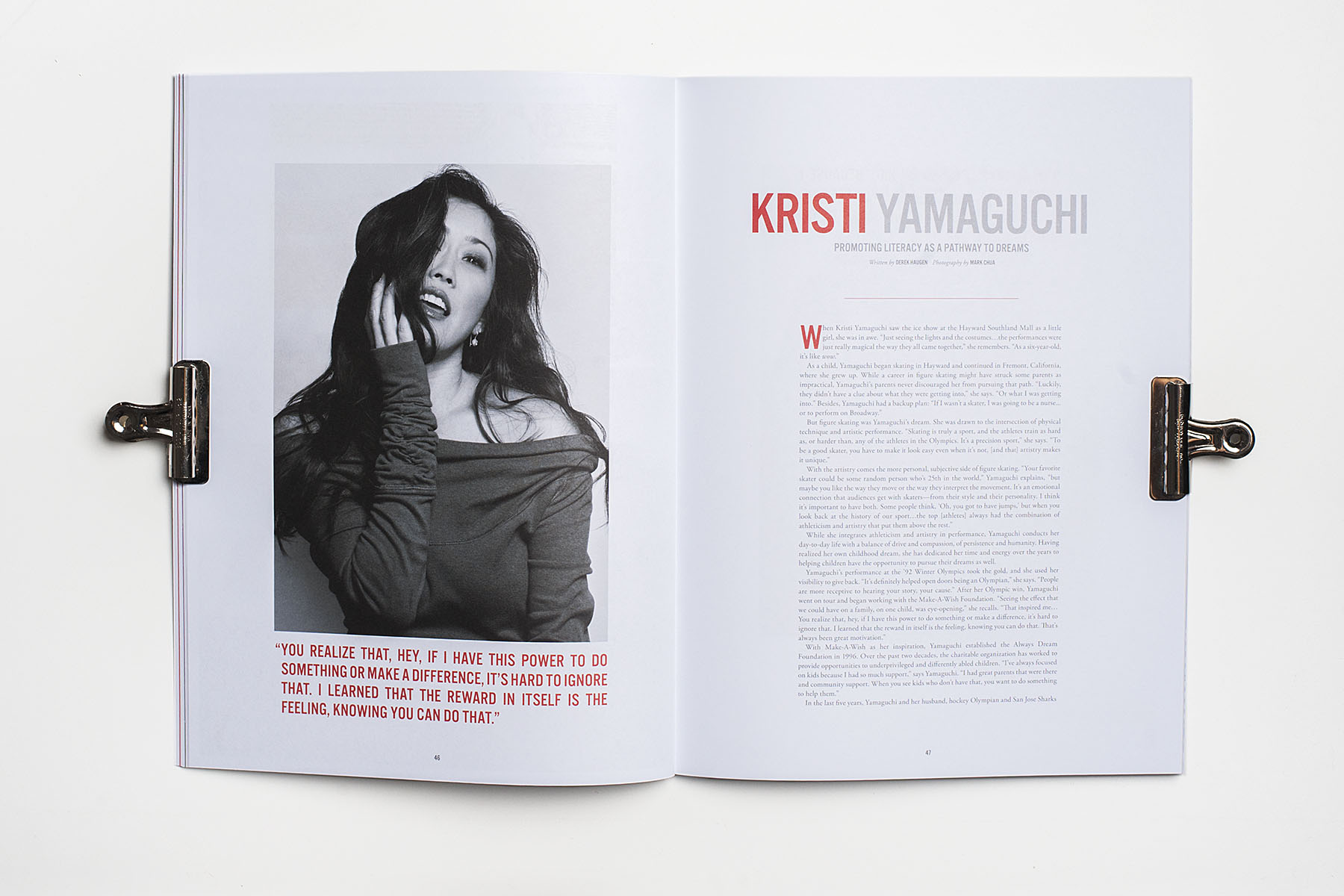 Promoting literacy as a pathway to dreams

When Kristi Yamaguchi saw the ice show at the Hayward Southland Mall as a little girl, she was in awe. “Just seeing the lights and the costumes…the performances were just really magical the way they all came together,” she remembers. “As a six-year-old, it’s like wow.”

As a child, Yamaguchi began skating in Hayward and continued in Fremont, California, where she grew up. While a career in figure skating might have struck some parents as impractical, Yamaguchi’s parents never discouraged her from pursuing that path. “Luckily, they didn’t have a clue about what they were getting into,” she says. “Or what I was getting into.”

But figure skating was Yamaguchi’s dream. She was drawn to the intersection of physical technique and artistic performance. “It’s a precision sport,” she says. “To be a good skater, you have to make it look easy even when it’s not, [and that] artistry makes it unique.”

With the artistry comes the more personal, subjective side of figure skating. “Your favorite skater could be some random person who’s 25th in the world,” Yamaguchi explains, “but maybe you like the way they move or the way they interpret the movement. It’s an emotional connection that audiences get with skaters—from their style and their personality. I think it’s important to have both. Some people think, ‘Oh, you got to have jumps,’ but when you look back at the history of our sport…the top [athletes] always had the combination of athleticism and artistry that put them above the rest.”

Yamaguchi’s performance at the ’92 Winter Olympics took the gold, and she used her visibility to give back. “It’s definitely helped open doors being an Olympian,” she says. “People are more receptive to hearing your story, your cause.”

Yamaguchi established the Always Dream Foundation in 1996. The charitable organization has worked to provide opportunities to underprivileged and differently abled children. In the last five years, Yamaguchi and her husband, hockey Olympian and San Jose Sharks commentator Bret Hedican, have targeted early childhood literacy as the foundation’s primary focus. “It really came down to ‘if a kid can’t read, they’re not going to have a successful academic career,’ ” Yamaguchi says. “So, we wanted to try to hit that underserved area.”

While Yamaguchi loved reading from a young age, it was the experience of reading to her two daughters, Keara and Emma, that led her to consider writing a children’s book herself and begin thinking about how her foundation could help foster young readers. Yamaguchi has now authored two bestselling children’s books—Dream Big, Little Pig! and It’s a Big World, Little Pig! And Always Dream partners with the national literacy organization Raising a Reader to provide reading material to schools and to increase parent engagement in learning activities at home. “We bring in the digital technology side and provide tablets that are preloaded with ebooks for classrooms,” explains Yamaguchi.

Yamaguchi is also busy creating pieces for Tsu.ya, her line of activewear for women. The endeavor unites her career, love of style, and philanthropy. “I’m a girl,” she laughs. “I love shopping. I’ve always been interested in fashion, and…the costume plays a big role [in skating]… Activewear was a natural segue because—not being a formal designer—it’s something I know and grew up in.” Inspired by Newman’s Own and TOMS Shoes, the Tsu.ya brand donates a portion of the proceeds to Always Dream.

While childhood literacy may be her focal point, Yamaguchi has not left skating behind. She continues to skate alongside other luminaries in shows that support childhood reading, and for the past six years, she’s partnered with Hawaiian Airlines to bring community ice skating to San Jose with Downtown Ice. Every year during the holidays, visitors can enjoy skating there under the twinkling palms, perhaps getting a sense of that same magic that drew Yamaguchi to the ice as a little girl. 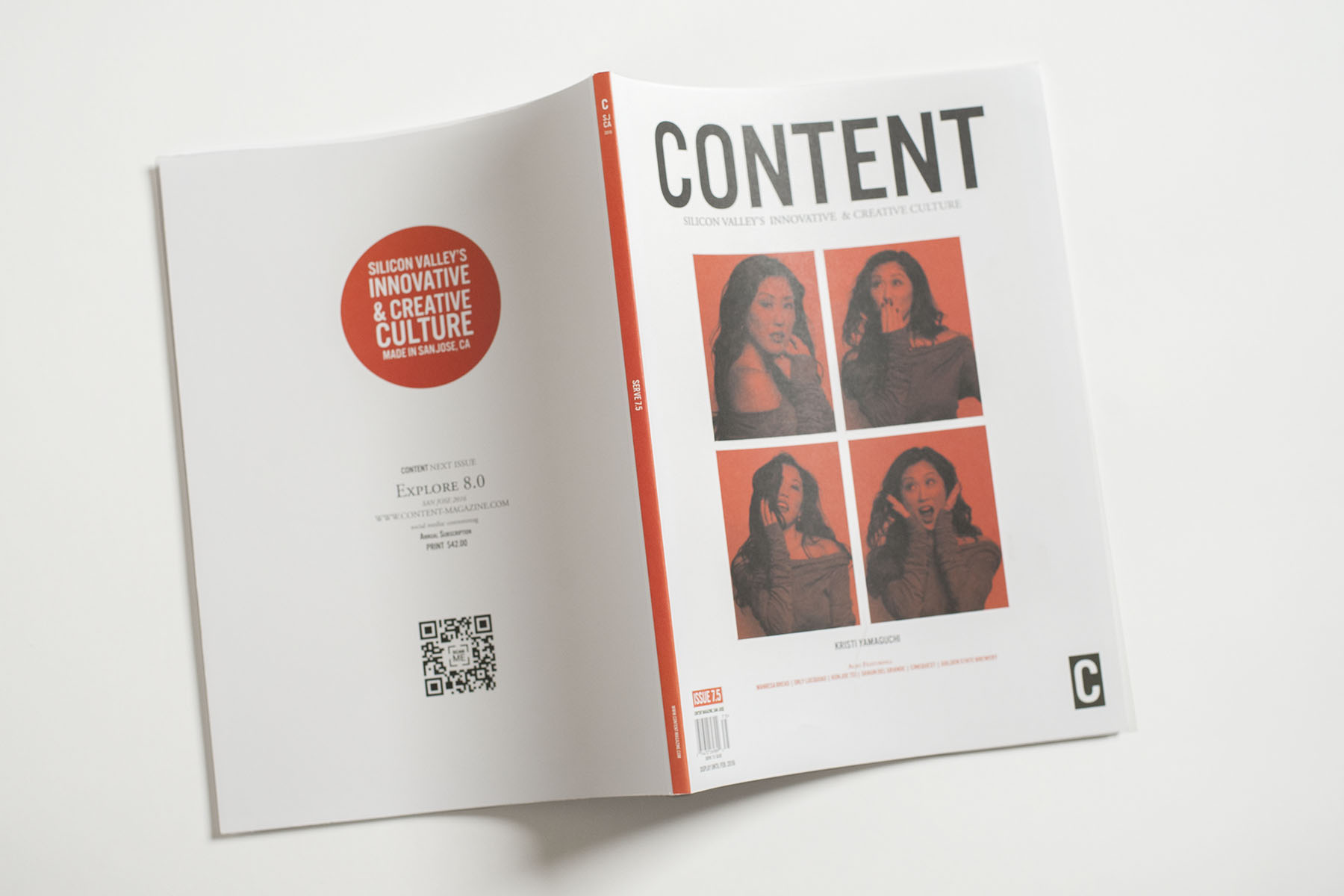