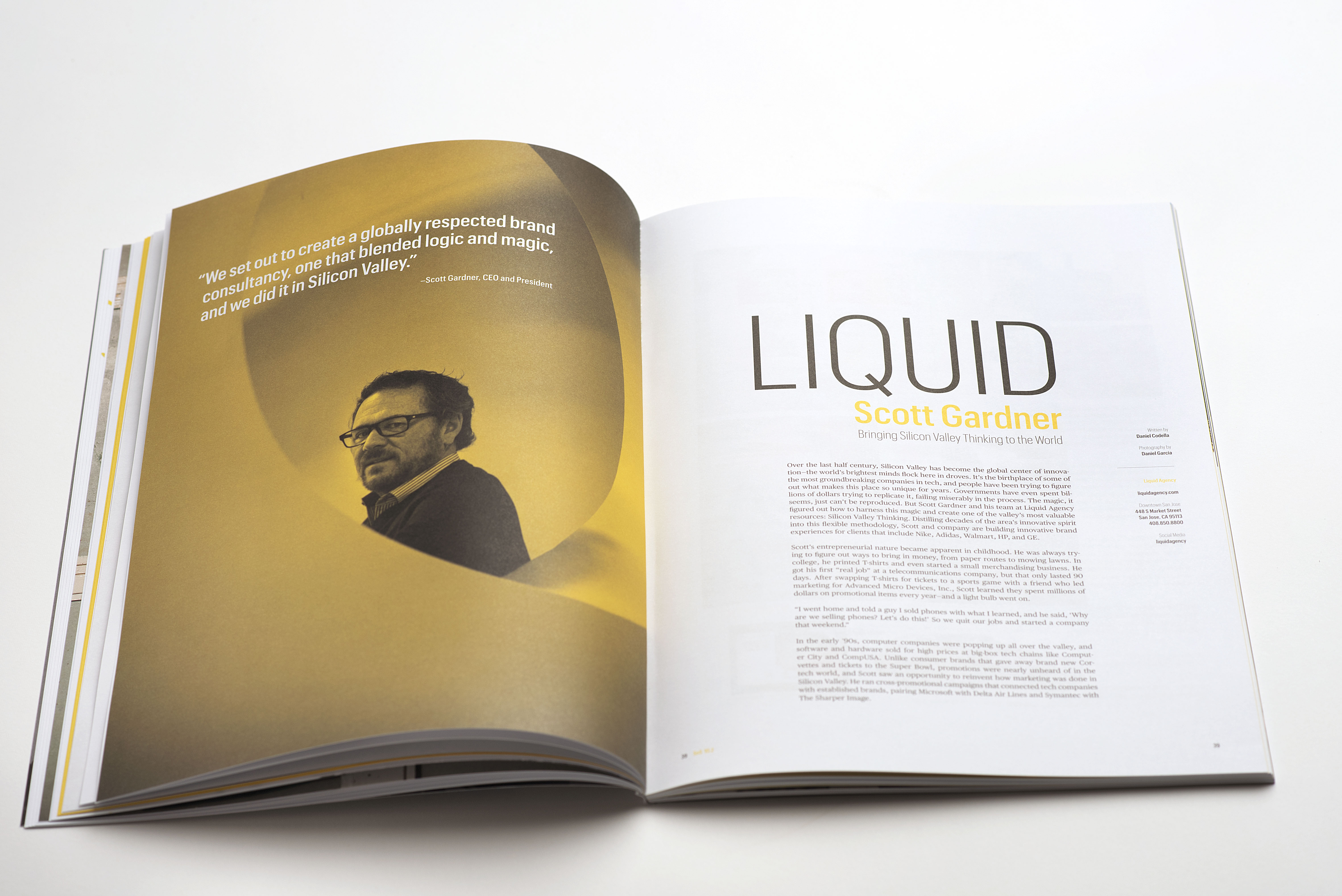 Over the last half-century, Silicon Valley has become the global center of innovation—the world’s brightest minds flock here in droves. It’s the birthplace of some of the most groundbreaking companies in tech, and people have been trying to figure out what makes this place so unique for years. Governments have even spent billions of dollars trying to replicate it, failing miserably in the process. The magic, it seems, just can’t be reproduced. But Scott Gardner and his team at Liquid Agency figured out how to harness this magic and create one of the valley’s most valuable resources: Silicon Valley Thinking. Distilling decades of the area’s innovative spirit into this flexible methodology, Scott and company are building innovative brand experiences for clients that include Nike, Adidas, Walmart, HP, and GE.

Scott’s entrepreneurial nature became apparent in childhood. He was always trying to figure out ways to bring in money, from paper routes to mowing lawns. In college, he printed T-shirts and even started a small merchandising business. He got his first “real job” at a telecommunications company, but that only lasted 90 days. After swapping T-shirts for tickets to a sports game with a friend who led marketing for Advanced Micro Devices, Inc., Scott learned they spent millions of dollars on promotional items every year—and a light bulb went on.

“I went home and told a guy I sold phones with what I learned, and he said, ‘Why are we selling phones? Let’s do this!’ So we quit our jobs and started a company that weekend.”

In the early ’90s, computer companies were popping up all over the valley, and software and hardware sold for high prices at big-box tech chains like Computer City and CompUSA. Unlike consumer brands that gave away brand new Corvettes and tickets to the Super Bowl, promotions were nearly unheard of in the tech world, and Scott saw an opportunity to reinvent how marketing was done in Silicon Valley. He ran cross-promotional campaigns that connected tech companies with established brands, pairing Microsoft with Delta Air Lines and Symantec with The Sharper Image.

It wasn’t long before Scott’s disruptive approach caught the eyes of investors. In 1999, he was approached by an investment company that promised him fame and fortune, but the whole thing went south—he lost everything, including his marriage. “It was an incredible life lesson. I learned a lot of what not to do. But we still had a chance to turn the Etch A Sketch upside down. We set out to create a globally respected brand consultancy, one that blended logic and magic, and we did it in Silicon Valley.”

And with that, Liquid Agency was born. More than a marketing company, Liquid is a

brand experience agency that specializes in transforming cultures and helping companies find their “tribe.” Liquid doesn’t just make people aware of brands, it makes people fall in love with those brands. Scott understands that in today’s world, the customer is in control of your brand much more than you are. “People can now decide how they want to engage with brands,” says Scott. “You have to find a tribe of people that will love your brand and tell others, and you do it through a strong culture. If you have a strong culture, you’re going to have a strong company.”

After working with Silicon Valley companies like Google and Intel, Scott and his team realized that fast production cycles were the key to these companies’ success. To help brands quickly transform their culture, they developed Silicon Valley Thinking, an approach that breaks down the valley’s unique execution mindset into a step-by-step process. “Typical businesses move slowly, but in tech there’s simply no time. You need to get the right brain trust together early, iterate constantly, and prototype as quickly as possible to get to market first—speed is essential,” says Scott.

Liquid embeds themselves with their clients, working with them as partners. They swarm around ideas with kinetic energy, rapidly building out prototypes, which helps them get to the right answers faster than the competition. This method results in world-class brand experiences that capture the imagination and turn customers into lifelong fans.

“We’re so fortunate to live in this valley. There’s so much opportunity, so many great people. We’re a people business. I wake up every day thankful and excited I get to do this. Not everybody has this,” shares Scott.

No, not everyone is lucky enough to have what is here in Silicon Valley. As for the companies that come to him from around the globe, Scott is able to give them a little piece of our culture, thinking, and magic. 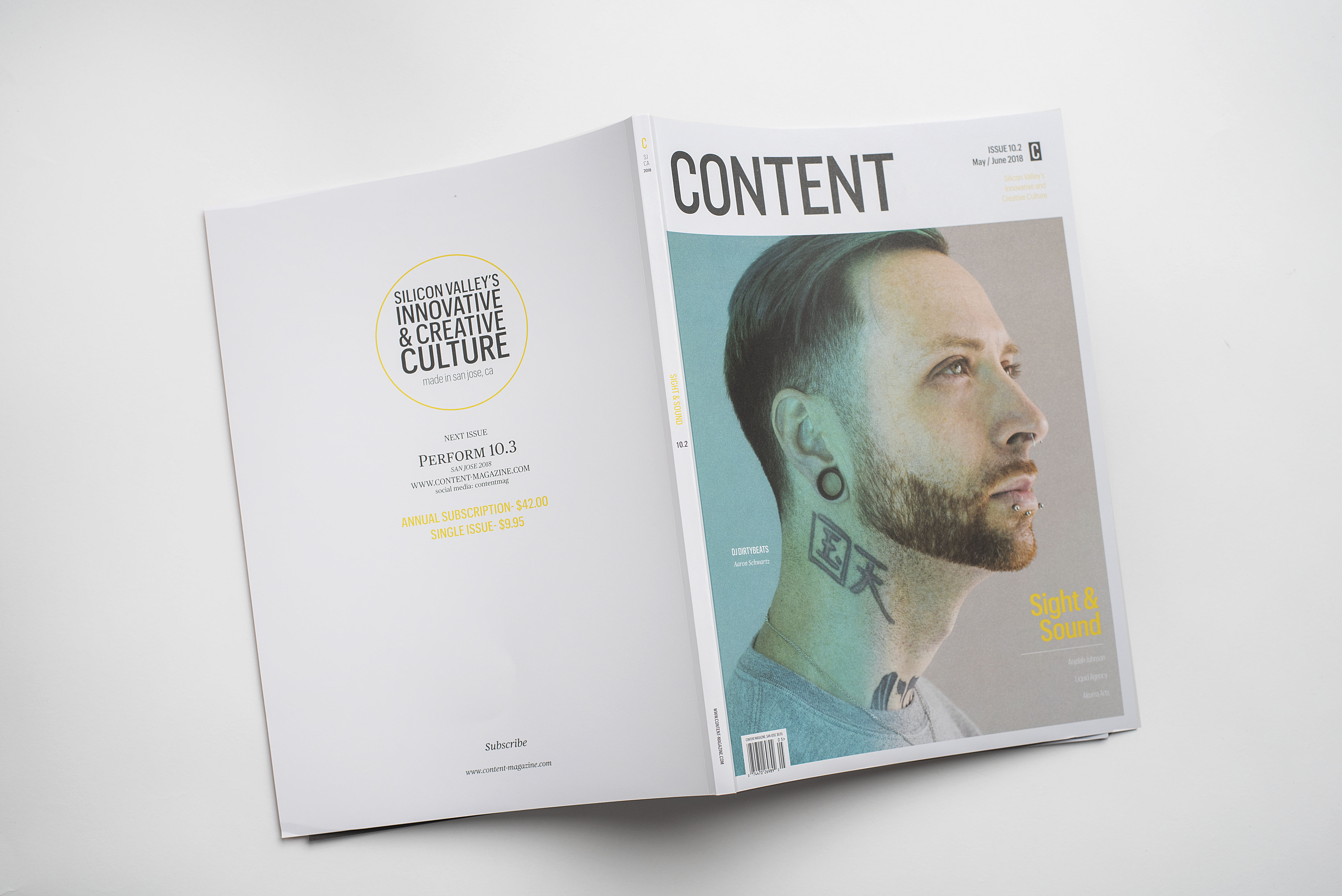