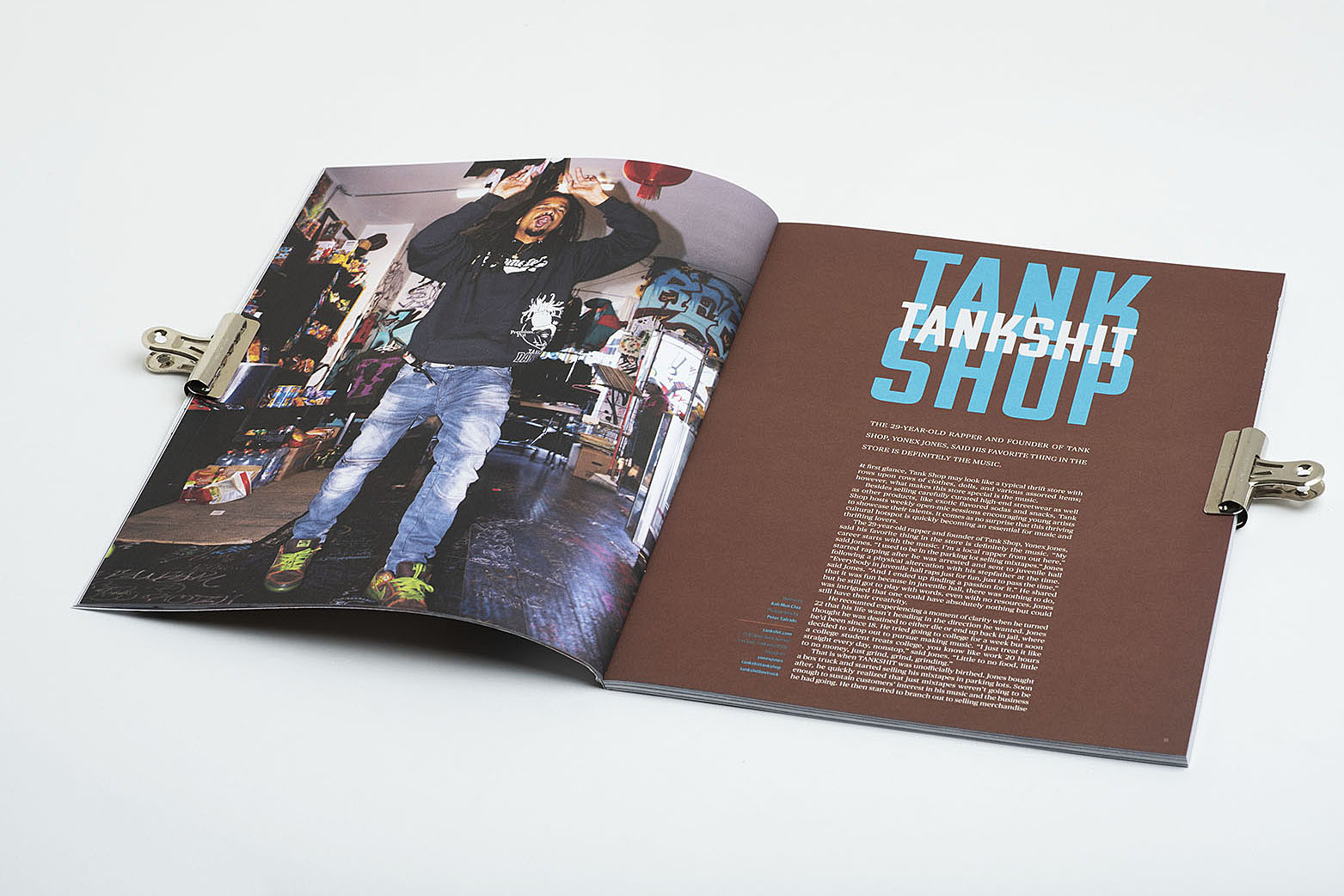 At first glance, Tank Shop may look like a typical thrift store with rows upon rows of clothes, dolls, and various assorted items; however, what makes this store special is the music.

Besides selling carefully curated high-end streetwear as well as other products, like exotic flavored sodas and snacks, Tank Shop hosts weekly open-mic sessions encouraging young artists to showcase their talents. It comes as no surprise that this thriving cultural hotspot is quickly becoming an essential for music and thrifting lovers.

The 29-year-old rapper and founder of Tank Shop, Yonex Jones, said his favorite thing in the store is definitely the music. “My career starts with the music. I’m a local rapper from out here,” said Jones. “I used to be in the parking lot selling mixtapes.” Jones started rapping after he was arrested and sent to juvenile hall following a physical altercation with his stepfather at the time. “Everybody in juvenile hall raps just for fun, just to pass the time,” said Jones. “And I ended up finding a passion for it.” He shared that it was fun because in juvenile hall, there was nothing to do, but he still got to play with words, even with no resources. Jones was intrigued that one could have absolutely nothing but could still have their creativity.

He recounted experiencing a moment of clarity when he turned 22 that his life wasn’t heading in the direction he wanted. Jones thought he was destined to either die or end up back in jail, where he’d been since 18. He tried going to college for a week but soon decided to drop out to pursue making music. “I just treat it like a college student treats college, you know like work 20 hours straight every day, nonstop,” said Jones. “Little to no food, little to no money, just grind, grind, grinding.”

That is when TANKSHIT was unofficially birthed. Jones bought a box truck and started selling his mixtapes in parking lots. Soon after, he quickly realized that just mixtapes weren’t going to be enough to sustain customers’ interest in his music and the business he had going. He then started to branch out to selling merchandise and from there decided to expand the variety of products sold. “You know, people want to support, but they can’t keep buying the same album kind of thing,” said Jones.

Jones and the team that he found, including close friend and fellow rapper Lil Unda, have really grown the business since then. Collectively, TANKSHIT now operates 4 mobile pop-ups that travel around the Bay Area and a physical store in Alum Rock in San Jose. The name of the physical store was originally going to be TANKSHIT as well, but was changed to Tank Shop to be more appropriate for younger clientele.

The store also often gives back to the community, donating clothes and food where they can. Jones aims to use the shop as a safe space for people like his younger self to hang out and guide them to not make bad decisions in life, declaring that the music he makes as well as his business is about supporting the underdogs often neglected in Silicon Valley, even with its abundance of wealth. “We’re the other side, the filth, the grime, the neglect, and the poverty. So that’s where TANKSHIT kind of stems from,” said Jones. “It’s just all about the growth.”

Speaking of growth, Jones plans to expand Tank Shop. One of his goals is to bring the store’s mobile pop-up trucks to Los Angeles. The furthest they have brought the trucks so far is Sacramento. They are also working to get the store up and running on DoorDash as well, making Tank Shop even more accessible.

“One of my goals would be like…to make the Bay Area version of what people leave the Bay Area to go to LA for, so like you don’t gotta go out there,” said Jones. He said that in order to achieve that goal, he would like to build a team of his peers and professionals to establish a collective geared toward expanding their careers and TANKSHIT together. Jones aims to provide an environment where young artists in the Bay Area can succeed and make it big without having to leave their homes for opportunities that they may not find. “Opportunities are in the person; it’s not in the place,” said Jones.

With a recording studio set up in the back of Tank Shop, he has already started making that a reality. Jones wants to make Tank Shop an environment where artists in the Bay can come and collaborate with each other, pumping new energy into the community of San Jose. And with the way that the store is covered with autographs from customers, friends, and people who come by the shop, as well as the love they receive on social media, Tank Shop has certainly started to cement itself in the local culture. 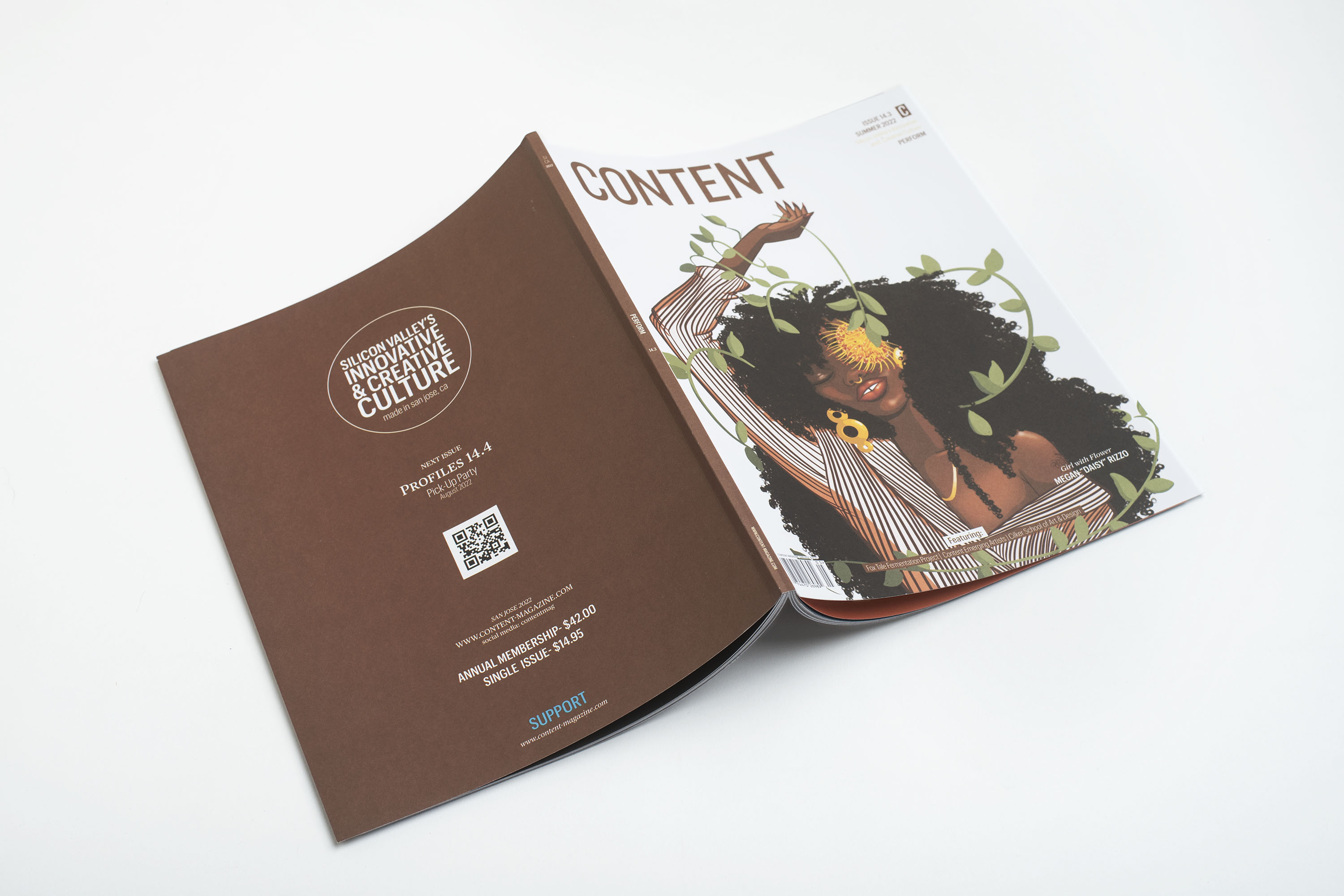