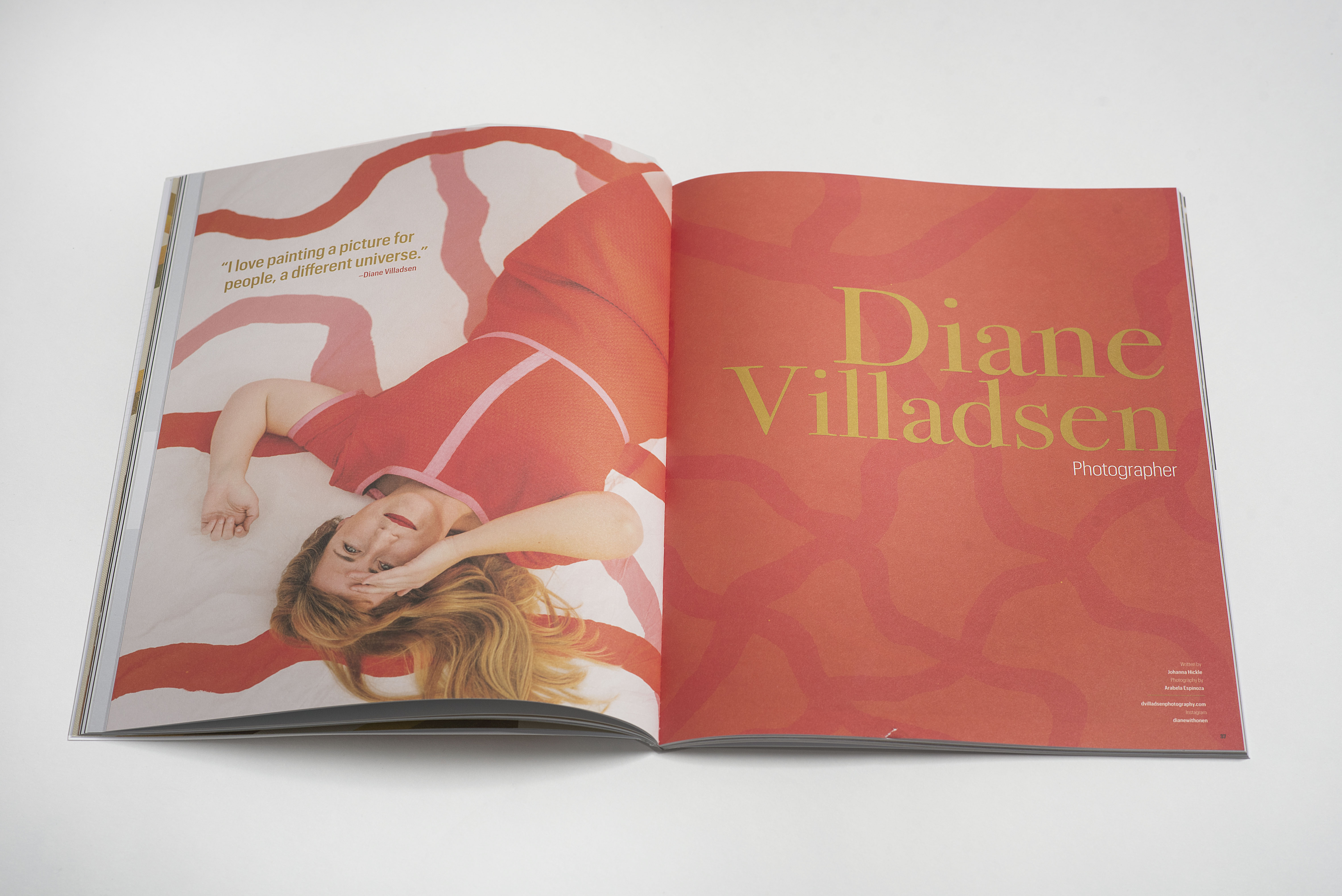 Jhere’s a picture book kind of playfulness to Diane Villadsen’s photos. Not only do they practically twirl with sprightly youth and wonder, but they also toy with colors and shapes. They remind the viewer to let out that inner kid for a breath of fresh air.

The first thing others tend to notice about Villadsen’s visuals are those joyful, zany splashes of color. “I find myself coming back and back again to the same colors,” she observes. “Pinks, mint greens, tomato reds, yellows.” She’s crafted several presets so anyone can dip their pictures in what she describes as her “candy-colored dreamworld.” The palate, creamy and colorful with a vintage flourish, imparts a Candyland-come-to-life kind of aura. The feeling is furthered by delicious preset names—titles like Pop! Cotton Candy and Pop! Jelly Bean. One of her favorites—Pop! Peppermint (“warm, pink undertones with a dreamy glow”) is particularly fitting considering Villadsen’s wistfulness for a world glimpsed through rose-colored glasses.

“I love painting a picture for people, a different universe,” Villadsen notes. “I want it to feel—not like I’m in San Jose surrounded by strip malls and beige buildings—but I want it to feel like we’re in this magical world where it’s modern and clean and colorful and the buildings are painted crazy colors.”

“There has to be a layer of unexpected and a layer of almost…impossible in every photo.” -Diane Villadsen

This alternative view of the world, slightly weirder and far more whimsical than reality, recalls childhood imagination. Often the aesthetic results in the unanticipated: “There has to be a layer of unexpected and a layer of almost…impossible in every photo,” Villadsen says. As an example, she describes two approaches to a photoshoot on a pretty green hillside. “Some photographers would just take someone attractive there and shoot them at golden hour and call it a day. And that’s a beautiful photo. But almost anyone can get to that point technically.” In contrast, Villadsen seeks to add that extra layer. “I might bring five different colorfully painted chairs to that hillside—either have one model that I’m going to clone five times or five models.”

In addition, Villadsen’s adult models reclaim the creativity of youth—particularly through how they play with shapes. The photographer gives them the space to interact tactilely with props, often in a goofy manner. One model might strike spirited poses with the halves of a grapefruit, holding the rosy circles over her eyes like some kind of bush baby. Or two friends might toss a cinnabar-red ball back and forth as they balance on giant building block cubes.

In her series Taking Shape, a collaboration with installations designer Claire Xue, she kicks it up a notch. Xue cut out amoeba-shaped forms from people-sized pieces of foam. Villadsen then captured her two models, Xin and Joel, interacting with the props as they followed the impulses of their imagination. With the enthusiasm and energy of kids exploring a jungle gym, the models entwined legs and arms around the curves, poked their bodies through large holes in the foam’s surface, and toted the giant shapes about the set. “My not even knowing the results made it almost cooler,” Villadsen smiles. “It made some magical combinations.”

The childlike wonder of these images is tempered with a more complex adult lens, most noticeably through rich representation. The photographer often recruits elderly models as well as minorities with skin tones as diverse as her color scheme. And her portrayals of women are anything but stagnant. A girl in Villadsen’s images is never simply a pretty face. “What can I do to make this not just a pretty person, a pretty photo?” she asks herself. “What’s the next level?

Curiosity, joy, energy—these attributes don’t have to be monopolized by the younger generation. They’re vital at any age. Let Villadsen be a reminder to play with your environment, indulge your inquisitive side, and savor those candy-colorful moments.