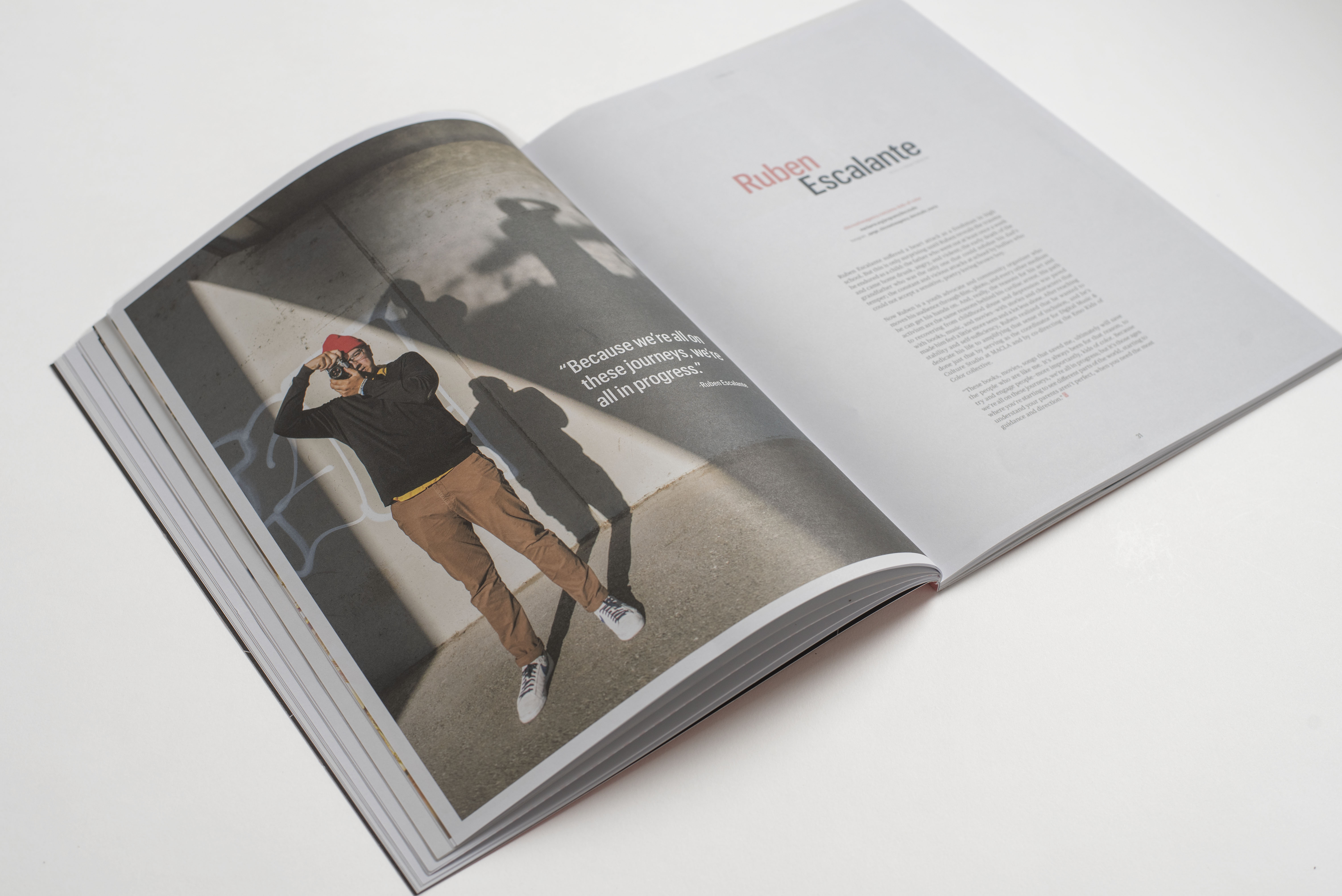 Ruben Escalante suffered a heart attack as a freshman in high school. But this is only surprising until Ruben reveals the trauma he endured as a child: the father who went out at least once a week and came home drunk, angry, and violent; the early death of the grandfather who was the only one that could subdue his dad’s temper; the constant and vicious attacks at school by bullies who could not accept a sensitive, poetry-loving brown boy.

“Because we’re all on these journeys, we’re all in progress.” _Ruben Escalante

Now Ruben is a youth advocate and community organizer who moves his audience through film, photo, and every other medium he can get his hands on. And, really, the reasons for his art and activism are the same reasons behind his cardiac arrest. His path to recovering from childhood abuse and depression was paved with books, music, and movies—with stories and characters that made him feel a little more seen and a lot less alone. After reaching stability and self-sufficiency, Ruben realized that he wanted to dedicate his life to amplifying that sense of inclusion, and he’s done just that by serving as the coordinator for Digital Music & Culture Studio at MACLA and by co-directing the Emo Kids of Color collective.

“These books, movies, songs that saved me, ultimately will save the people who are like me. It’s always been for that reason, to try and engage people—more importantly, kids of color. Because we’re all on these journeys, we’re all in progress; but it’s those ages where you’re starting to see different parts of the world, starting to understand your parents aren’t perfect, when you need the most guidance and direction."