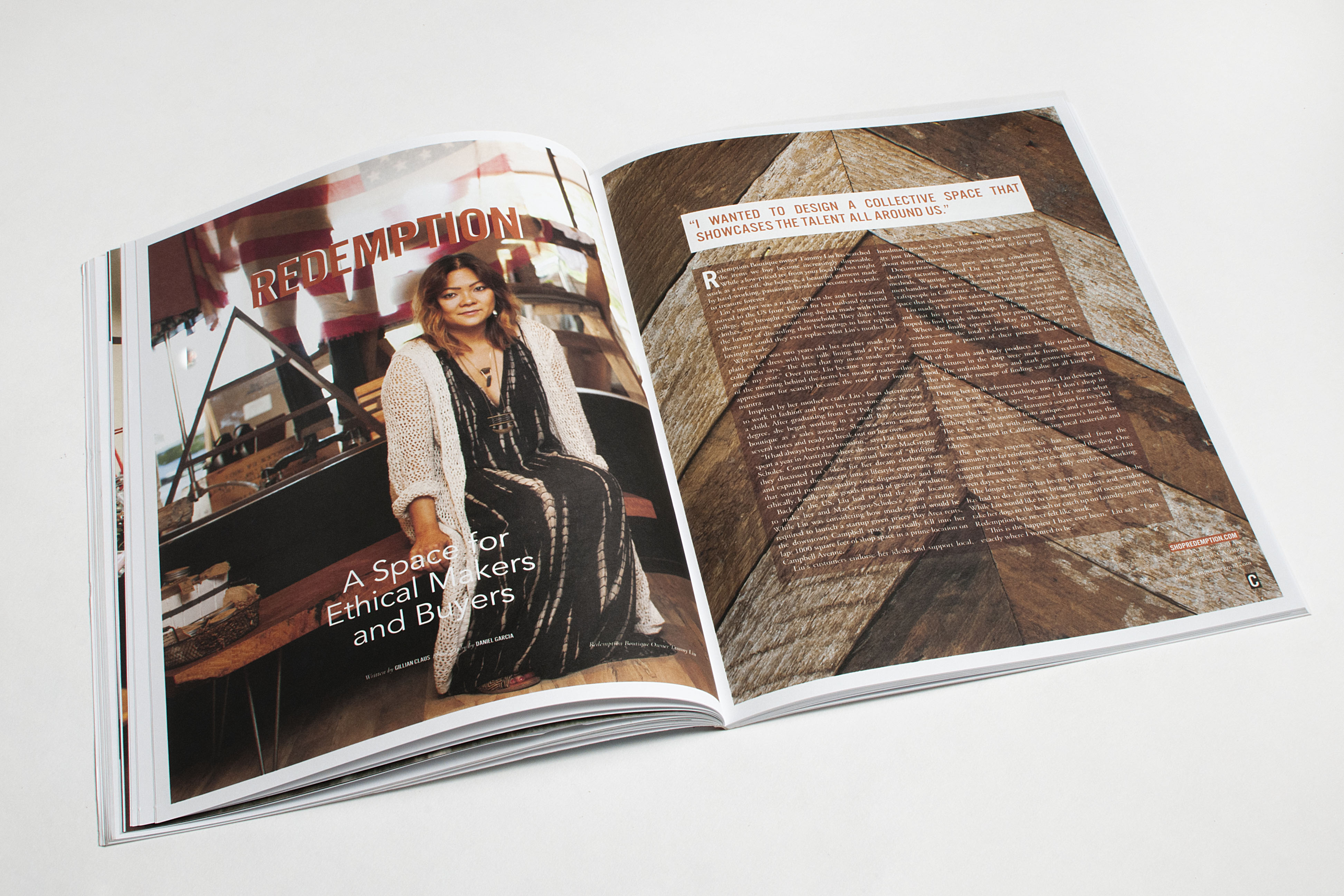 RRedemption Boutique owner Tammy Liu has watched the items we buy become increasingly disposable. While a low-priced tee from your local big box might work as a one-off, she believes, a beautiful garment made by hard-working, passionate hands can become a keepsake to treasure forever.

Liu’s mother was a maker. When she and her husband moved to the US from Taiwan for her husband to attend college, they brought everything she had made with them: clothes, curtains, an entire household. They didn’t have the luxury of discarding their belongings to later replace them; nor could they ever replace what Liu’s mother had lovingly made.

When Liu was two years old, her mother made her a plaid velvet dress with lace tulle lining and a Peter Pan collar. Liu says, “The dress that my mom made me—it made my year.” Over time, Liu became more conscious of the meaning behind the items her mother made—this appreciation for scarcity became the root of her buying mantra.

Inspired by her mother’s craft, Liu’s been determined to work in fashion and open her own store since she was a child. After graduating from Cal Poly with a business degree, she began working in a small Bay Area–based boutique as a sales associate. She was soon managing several stores and ready to break out on her own.

“It had always been a solo mission,” says Liu. But then Liu spent a year in Australia, where she met Dave MacGregor-Scholes. Connected by their mutual love of “thrifting,” they discussed Liu’s ideas for her dream clothing store and expanded the concept into a lifestyle emporium, one that would promote quality over disposability and offer ethically, locally made goods instead of generic products.

Back in the US, Liu had to find the right location to make her and MacGregor-Scholes’s vision a reality. While Liu was considering how much capital would be required to launch a startup given pricey Bay Area rents, the downtown Campbell space practically fell into her lap: 1000 square feet of shop space in a prime location on Campbell Avenue.

Liu’s customers endorse her ideals and support local, handmade goods. Says Liu, “The majority of my customers are just like me: 30-somethings who want to feel good about their purchases.”

Documentaries about poor working conditions in clothing factories inspired Liu to research production methods. Wanting to reach artists who could produce merchandise for her space, she started looking for creative craftspeople in California. “I wanted to design a collective space that showcases the talent all around us,” says Liu.

Liu made it her mission to personally meet every artisan and visit his or her workshop. By being selective, she hoped to find people who shared her passion for quality.

When she finally opened in May 2015, she had 40 vendors—now the total is closer to 60. Many of these artists donate a portion of their proceeds back to the community.

All of the bath and body products are fair trade; the display fixtures in the shop were made from reclaimed wood. The unfinished edges and stark geometric shapes echo the simple message of finding value in all kinds of materials.

During her thrift adventures in Australia, Liu developed an eye for good recycled clothing, too. “I don’t shop in department stores,” she says, “because I don’t want what everyone else has.” Her store features a section for recycled clothing that she’s sourced from antiques and estate sales. The racks are filled with men’s and women’s lines that are manufactured in California, using local materials and fabrics.

The positive response she has received from the community so far reinforces why she opened the shop. One customer emailed to praise her excellent sales associate. Liu laughed about this as she’s the only employee, working seven days a week.

The longer the shop has been open, the less research she has had to do. Customers bring in products and vendors. While Liu would like to take some time off occasionally to take her dogs to the beach or catch up on laundry, running Redemption has never felt like work.

“This is the happiest I have ever been,” Liu says. “I am exactly where I wanted to be.” 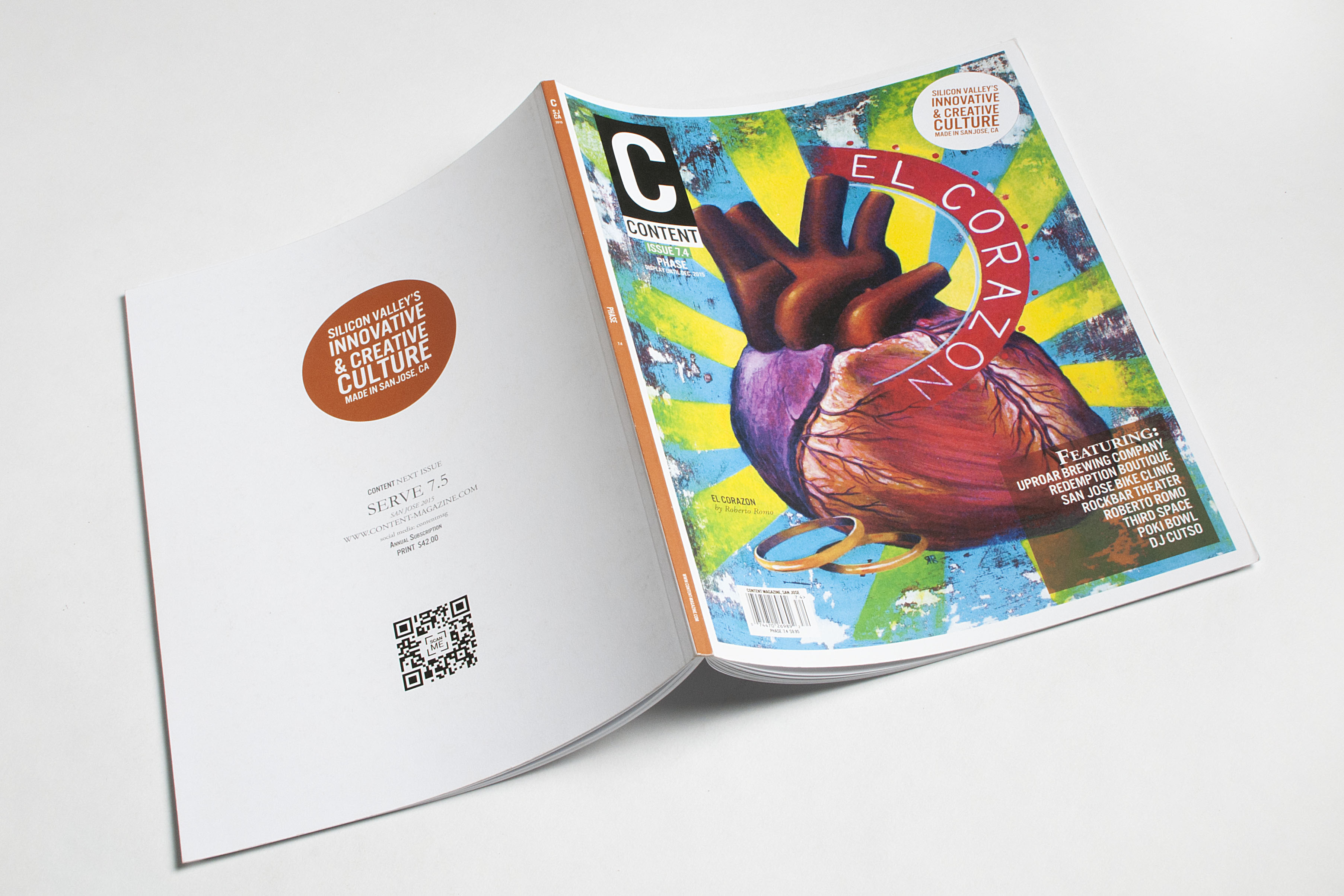