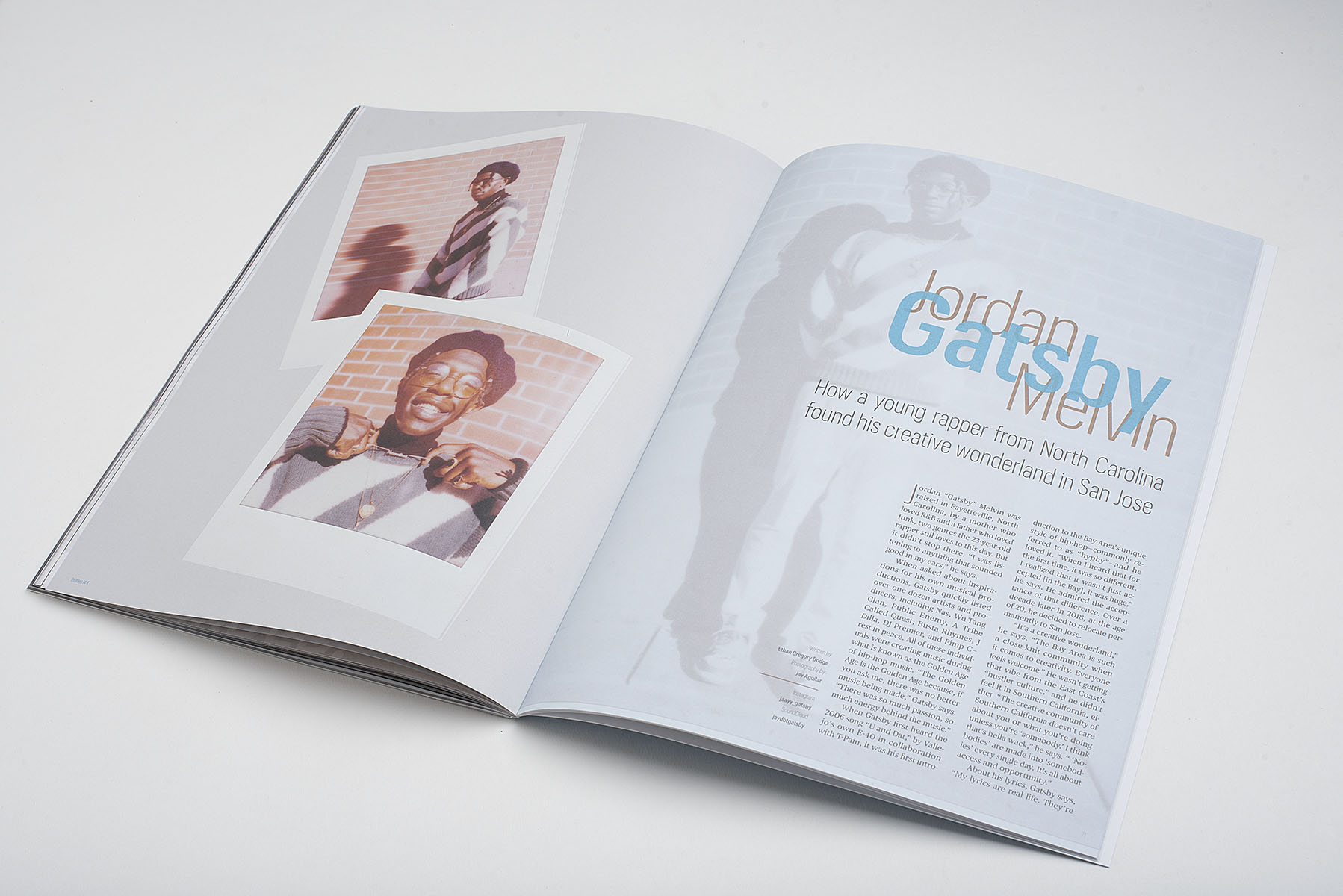 Jordan “Gatsby” Melvin was raised in Fayetteville, North Carolina, by a mother who loved R&B and a father who loved funk, two genres the 23-year-old rapper still loves to this day. But it didn’t stop there. “I was listening to anything that sounded good in my ears,” he says.

When asked about inspirations for his own musical productions, Gatsby quickly listed over one dozen artists and producers, including Nas, Wu-Tang Clan, Public Enemy, A Tribe Called Quest, Busta Rhymes, J Dilla, DJ Premier, and Pimp C—rest in peace. All of these individuals were creating music during what is known as the Golden Age of hip-hop music. “The Golden Age is the Golden Age because, if you ask me, there was no better music being made,” Gatsby says. “There was so much passion, so much energy behind the music.”

When Gatsby first heard the 2006 song “U and Dat,” by Vallejo’s own E-40 in collaboration with T-Pain, it was his first introduction to the Bay Area’s unique style of hip-hop—commonly referred to as “hyphy”—and he loved it. “When I heard that for the first time, it was so different. I realized that it wasn’t just accepted [in the Bay], it was huge,” he says. He admired the acceptance of that difference. Over a decade later in 2018, at the age of 20, he decided to relocate permanently to San Jose.

“It’s a creative wonderland,” he says. “The Bay Area is such a close-knit community when it comes to creativity. Everyone feels welcome.” He wasn’t getting that vibe from the East Coast’s “hustler culture,” and he didn’t feel it in Southern California, either. “The creative community of Southern California doesn’t care about you or what you’re doing unless you’re ‘somebody.’ I think that’s hella wack,” he says. “ ‘Nobodies’ are made into ‘somebodies’ every single day. It’s all about access and opportunity.”

About his lyrics, Gatsby says, “My lyrics are real life. They’re about interactions that I have either seen, learned from, or was involved with.” Being a Black man in the United States, his real-life experiences often lead him to rap about Black oppression and liberation. He aspires to channel that same energy into his music. “I put a lot of myself, what I truly believe, and my heart into my songs. Because I want them to mean something. I want them to provoke people so much that it damn near radicalizes them.

Naturally, his lyrical influences are more than musical artists. “I spend a lot of time educating myself,” he says. “I watch a lot of documentaries and interviews.” The subjects of those documentaries and interviews are often civil rights leaders such as Malcolm X, Marcus Garvey, Elijah Muhammad, James Baldwin, and Fred Hampton. “I love listening to what all these people have to say. If they were alive today, the world would be completely
different.”

Since arriving in San Jose, Gatsby has used that access and opportunity to stay busy in his quest to become a “somebody.” In 2021 alone, he released two albums, Currently Unnamed and Quake Space, and played almost a dozen shows despite not having a car. “I’ve performed in every major city in California, other than Hollywood,” he says. “I’ve been everywhere, and I’ve built a name for myself off
of my grind.” His most recent album, Butter, was released this past July.

Gatsby is confident that grind will eventually lead him to worldwide success. In fact, if optimism and confidence were a disease, Gatsby would be patient zero in the next pandemic. “I think my chances of making it big are so high,” he says. “My music sounds incredible. Even if you don’t like the lyrical content, you cannot say that my music does not sound good. With my passion and my drive, there’s nothing that can stop me from making my dreams come true.”

The topic of oppression is not only a consistent throughline in his musical poetry but also peppered his interview for this piece. He claims that during the Golden Age, record labels—“the bourgeoisie”—didn’t realize how powerful media, and hip-hop in particular, can be. Now, he says, the music industry actively works to promote hip-hop artists that perpetuate negative stereotypes of Black culture. “The labels see to it that only people who are pushing a negative influence to youth are going to make it. Over time, that has built a society that only values artists perpetuating these negative stereotypes.”

That’s something he believes he can help change. “Media is the most powerful weapon in the world. Hip-hop, I believe, is the most popular genre in the world. If you can effectively control what you want to emulate, I genuinely feel that you can control the future. I plan to be something the world has never seen, heard, felt, or experienced. If not my music, what I do outside of music is going to change the whole world.” 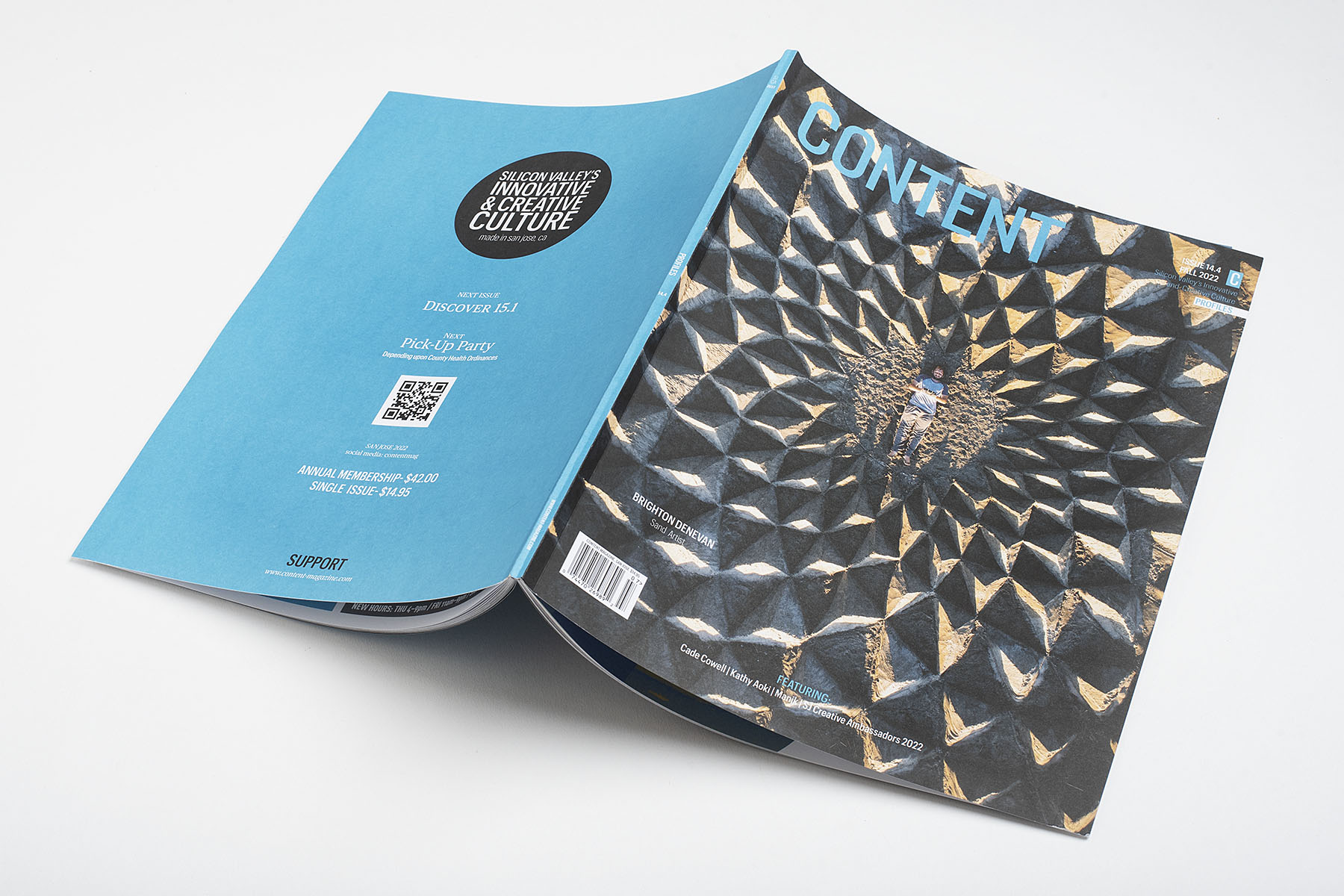