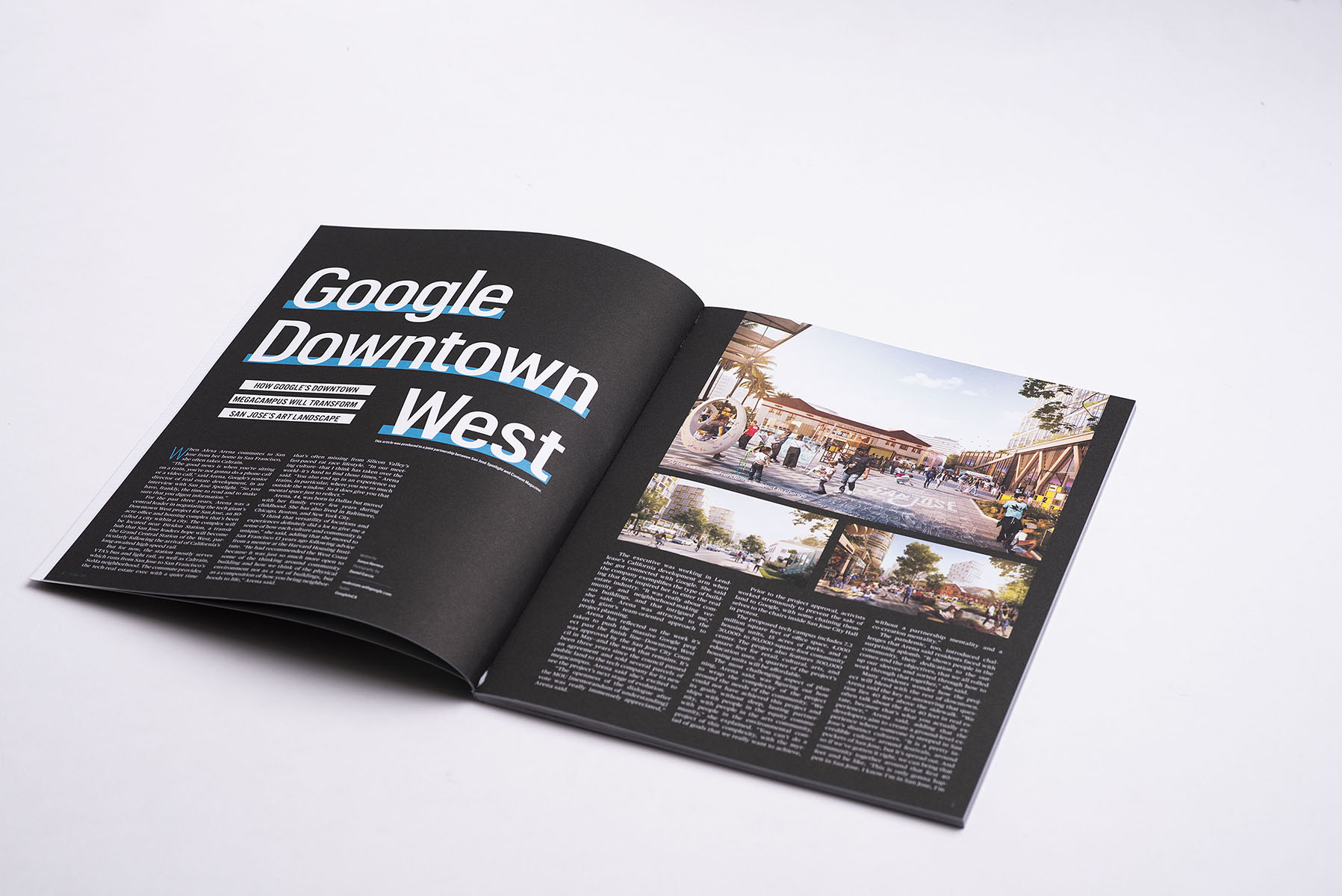 “The good news is when you’re sitting on a train, you’re not gonna do a phone call or a video call,” said Arena, Google’s senior director of real estate development, in an interview with San José Spotlight. “So you have, frankly, the time to read and to make sure that you digest information.”

For the past three years, Arena was a central leader in negotiating the tech giant’s Downtown West project for San Jose, an 80-acre office and housing complex that’s been called a city within a city. The complex will be located near Diridon Station, a transit hub that San Jose leaders hope will become the Grand Central Station of the West, particularly following the arrival of California’s long-awaited high-speed rail.

But for now, the station mostly serves VTA’s bus and light rail, as well as Caltrain, which runs from San Jose to San Francisco’s SoMa neighborhood. The commute provides the tech-real estate exec with a quiet time that’s often missing from Silicon Valley’s fast-paced rat race lifestyle. “In our meeting culture—that I think has taken over the world—it’s hard to find those times,” Arena said. “You also end up in an experience on trains, in particular, where you see so much outside the window. So it does give you that mental space just to reflect.”

Arena, 44, was born in Dallas but moved with her family every few years during childhood. She has also lived in Baltimore, Chicago, Boston, and New York City.

“I think that versatility of locations and experiences definitely did a lot to give me a sense of how each culture and community is unique,” she said, adding that she moved to San Francisco 13 years ago following advice from a mentor at the Harvard Housing Institute. “He had recommended the West Coast because it was just so much more open to some of the thinking around community building and how we think of the physical environment not as a set of buildings, but as a composition of how you bring neighborhoods to life,” Arena said.

“It was really about community and neighborhood-making versus buildings, and that intrigued me.” -Alexa Arena

The executive was working in Lendlease’s California development arm when she got connected with Google. She said the company exemplifies the type of building that first inspired her to enter the real estate industry. “It was really about community and neighborhood-making versus buildings, and that intrigued me,” she said. Arena was attracted to the tech giant’s team-oriented approach to
project planning.

Arena has reflected on the work it’s taken to push the massive Google project past the finish line—Downtown West was approved by the San Jose City Council in May—and the work that remains. It’s been three years since the council passed an agreement and sold several parcels of public land to the tech company for its new megacampus. Arena said she’s excited to see the project’s next stage of evolution.

“The openness of the dialogue after the MOU [memorandum of understanding] vote was really immensely appreciated,” Arena said.

Prior to the project approval, activists worked strenuously to prevent the sale of land to Google, with some chaining themselves to the chairs inside San Jose City Hall in protest.

The proposed tech campus includes 7.3 million square feet of office space, 4,000 housing units, 15 acres of parks, and a 30,000- to 50,000-square-foot community center. The project also features 500,000 square feet for retail, cultural, arts, and education uses. A quarter of the project’s housing units will be affordable.

The pandemic, too, introduced challenges that Arena said residents faced with surprising aplomb. “It shows people in the community, their dedication to the outcomes and the objectives, that we all rolled up our sleeves and sorted through how to work through that together,” she said.

Many residents wonder how the project will blend with the rest of downtown. Arena said the key to answering that question lies 40 feet above the sidewalk. “We often talk about the first 40 feet in real estate, because that’s what you actually experience,” Arena said, adding that the developers aim to create a ground-level experience where someone is steeped in San Jose’s distinct cultures. “It is a pretty incredible culture around festivals, around pockets of San Jose, but it’s spread out. And so if we’ve gotten it right, we can bring that community together around that first 40 feet and be like, ‘This is only gonna happen in San Jose. I know I’m in San Jose, I’m not in a generic city’s downtown,’ ” Arena added. “It’s going to take a lot of partnership to get there.”

Central to that partnership is the fate of the area’s artists, many of whom gravitate around downtown through hubs like Local Color. Arts groups like SVCreates met with Google executives prior to the City Council’s approval of the development, and Arena said that meeting informed many of the project’s design guidelines.

“Our worst-case scenario is that the ground plane becomes too expensive to invite artists in...we absolutely don’t want that to happen,” she said. “We’re thinking [about] how to optimize the whole of the place into the right type of ecosystem that defines an authentic city...the importance of public art is a component of the project, so it’s accessible to everyone who comes
o the site.”

The project’s design guidelines include prohibiting art that causes environmental disruption within the riparian setback along Los Gatos Creek or the Guadalupe River. The guidelines also call for creating art that evokes “a sense of destination to areas of high traffic and high visibility, to help shape gathering places and to be a part of the place making of destinations such as a cafe, an event venue, or programmed activities.” Arena said a committee of arts advocates and residents from all over San Jose helped inform the design guidelines and requirements for public
art displays.

“There’s a dedicated budget to free programming; oftentimes that will be art: performance art, other things going on, music, in those open spaces,” the Google executive said. “The entire goal of the free programming is to invite in [the] community and to make it feel like it’s a place where you don’t have to come and buy something to be a part of.”

Local Color had planned to host an artist studio in one of the buildings on the project site. However, the facility never opened, due to Santa Clara County’s COVID-19 health guidelines, according to Carman Gaines, Local Color’s member relationship manager. Arena said Google wants to keep artists and other cultural leaders working in the downtown area. “There’ll be some movement, but it is absolutely about the stability and the growth of networks like them who are really important to helping our arts and cultural community thrive,” she said.

Sculpture and theater are Arena’s favorite art media. The three-dimensional aspect of sculpture allows the public to experience the work and each other in a unique way.

“Art is a way to really connect Googlers and Google and society...to make us feel like we are part of something larger, to get us in conversation, to give us a shot at alternative ways of thinking,” Arena said. “Google needs art in the same way our culture needs art.” Google wants to capture the culture of San Jose in its public spaces, Arena said, and art is central to its vision of a vibrant downtown.

“San Jose has got this incredible spirit of entrepreneurship, celebration, creativity, diversity,” she said. “The goal of the downtown is to bring that all together, to access it with frequency, to feel like every weekend you can come and discover
something new.” 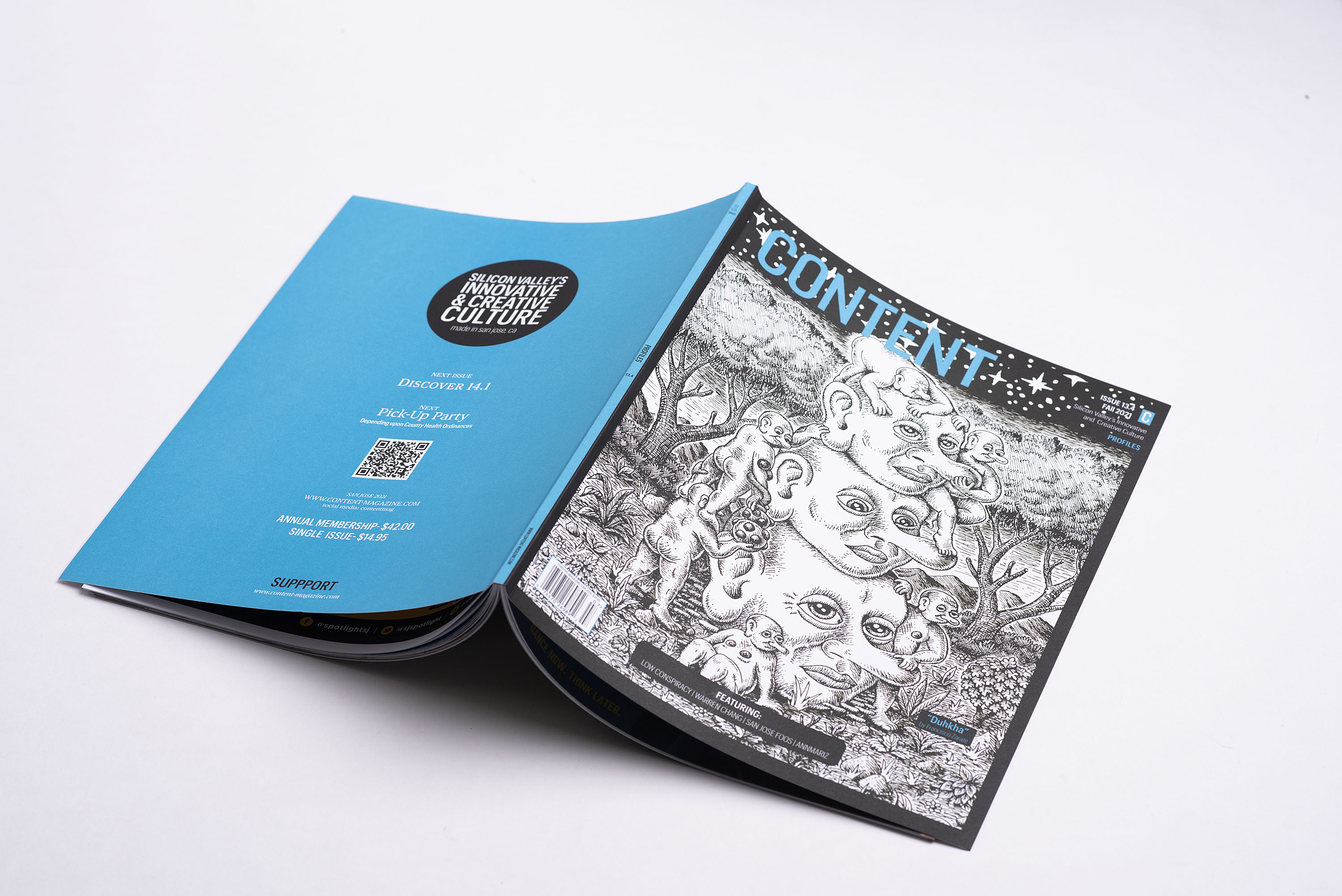