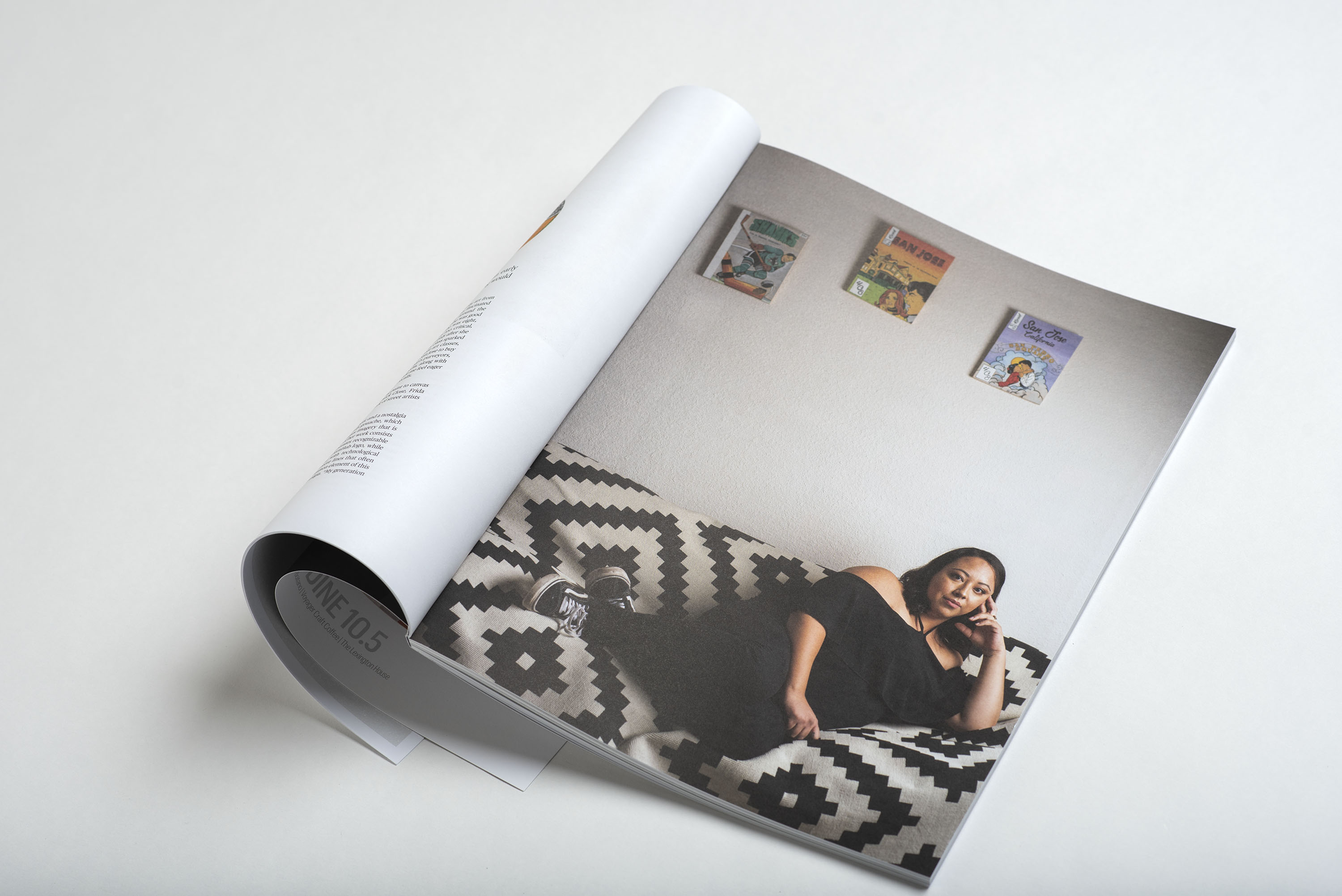 Born in Nezahualcóyotl, Mexico, Claudia Blanco was surrounded by art from birth. Blanco’s father was a part-time jeweler whose font books fascinated her as a child, as did the painted signs and screens sitting around the screenprinting shop her uncle ran. Back then, people told her she was good at drawing and painting, and after moving to San Jose when she was eight, she even took some basic art classes in high school. But was too critical, comparing herself to others, and didn’t pursue it further. It was only after she had her son and decided to go back to school that a videography class sparked her creative interests once again. From there, Blanco took more art classes, including one where the teacher directed her to the Arsenal in San Jose to buy the class-required materials. It was there that she met the shop’s purveyors, Sean Boyles and Roan Victor; after finding them on social media, along with other artists in their circle, she started getting inspired. “It made me feel eager to create, so I set out to rediscover my creative side,” Blanco recalls.

Pretty quickly she got the hang of things and began applying paint to canvas in earnest. Inspired by the work of photorealist painter Chuck Close, Frida Kahlo’s outlook on art and life, and the bold, bombastic work of street artists like Drew Merritt, Blanco began creating portraits.

Blanco’s portraits are a vibrant mix of a technological aesthetic and a nostalgia for childhood. Working in a variety of materials, particularly gouache, which she enjoys for its “crisp and clean” qualities, Blanco creates imagery that is both charmingly familiar and uniquely engrossing. Some of her work consists of medleys with Picasso-like cartoon imagery and incorporates recognizable figures and icons as disparate as Barney Rubble and the PornHub logo, while others are portraits of notable women deconstructed with technological motifs. All of Blanco’s work is rendered in sharp, expressive lines that often dissolve into chaotic flurries, with pixelations being a common element of this entropy. Blanco likes to play on the viewer’s sense of nostalgia. “My generation had the best cartoons,” she claims.

Moreover, Blanco uses these dissimilar elements to capture people’s attention. “I want the viewer to see my work across the room and be intrigued and drawn in. It’s so interesting to watch people walk to the piece from across the room, and as they get closer, the image starts to disintegrate into tiny squares right before their eyes,” Blanco says of her pixelated portraits.

What’s even more impressive is that Blanco has only been seriously making art since late 2016, after being inspired by that art class. She’s been on a proverbial tear, and it shows. In 2017 alone, Blanco joined every event and show she could, and her artwork was featured in a dozen exhibitions across California, including the Chocolate and Art Show at SOMArts Cultural Center in San Francisco, Fiesta Fridays at the Art Attack Gallery, also in San Francisco, the All-Womxn’s Showcase at Forager, and the San Jose Art and Zine Fair at Empire Seven Studios. This year, some of her work was featured in The World of Frida exhibition at the Bedford Gallery in Walnut Creek, a show focusing on art and photography inspired by the life and work of Frida Kahlo. The exhibition was so popular that it will begin traveling the country, exhibiting at a string of galleries for the next three years.

Blanco remains bright and hopeful. “My twenties are coming to an end in November, and I’m excited to enter my thirties with this new adventure,” she says. “I’m just having fun and trying to learn as I go,” she says, adding, “In five years, I really hope I will have left my nine-to-five job and will be doing this art thing full time.” 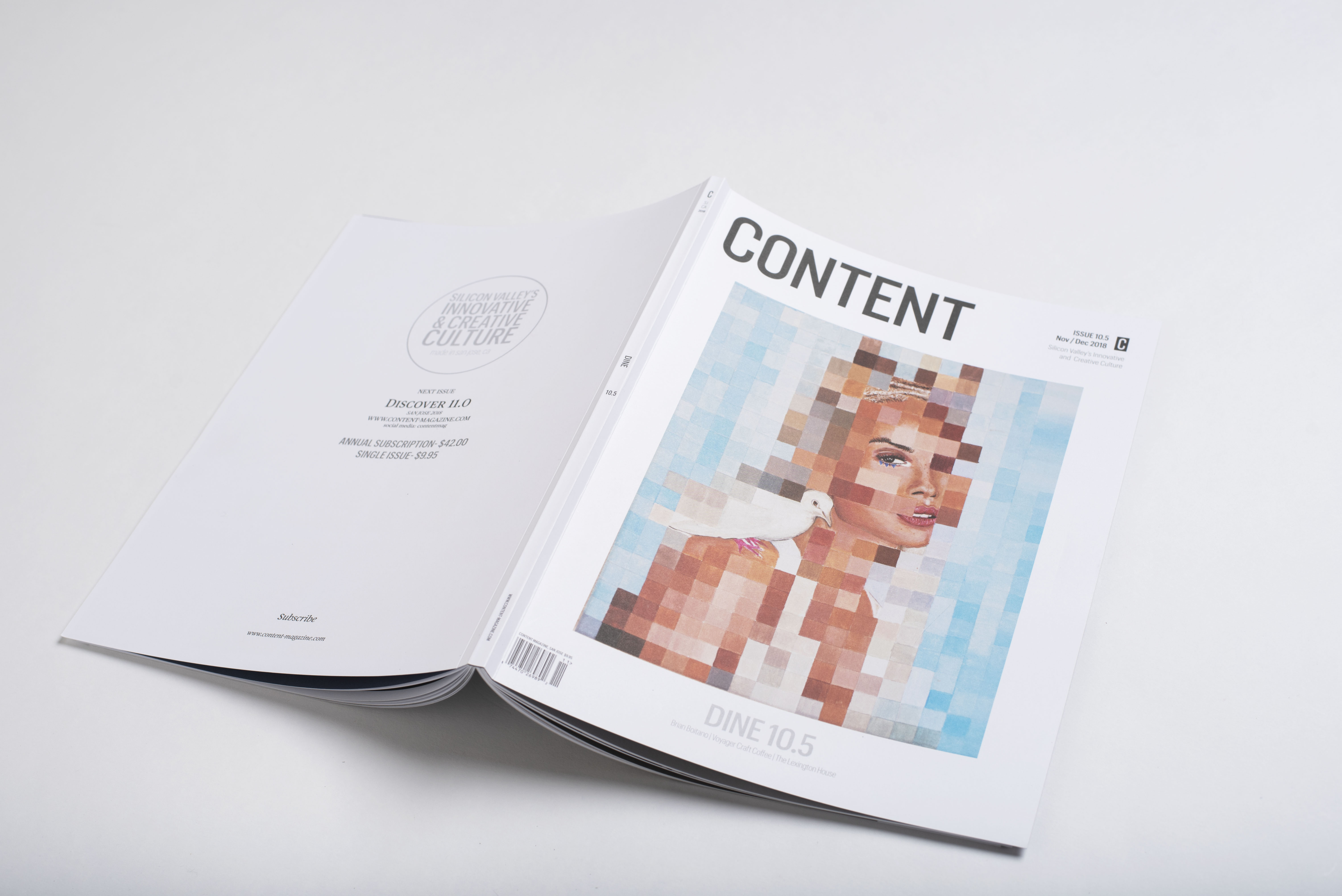