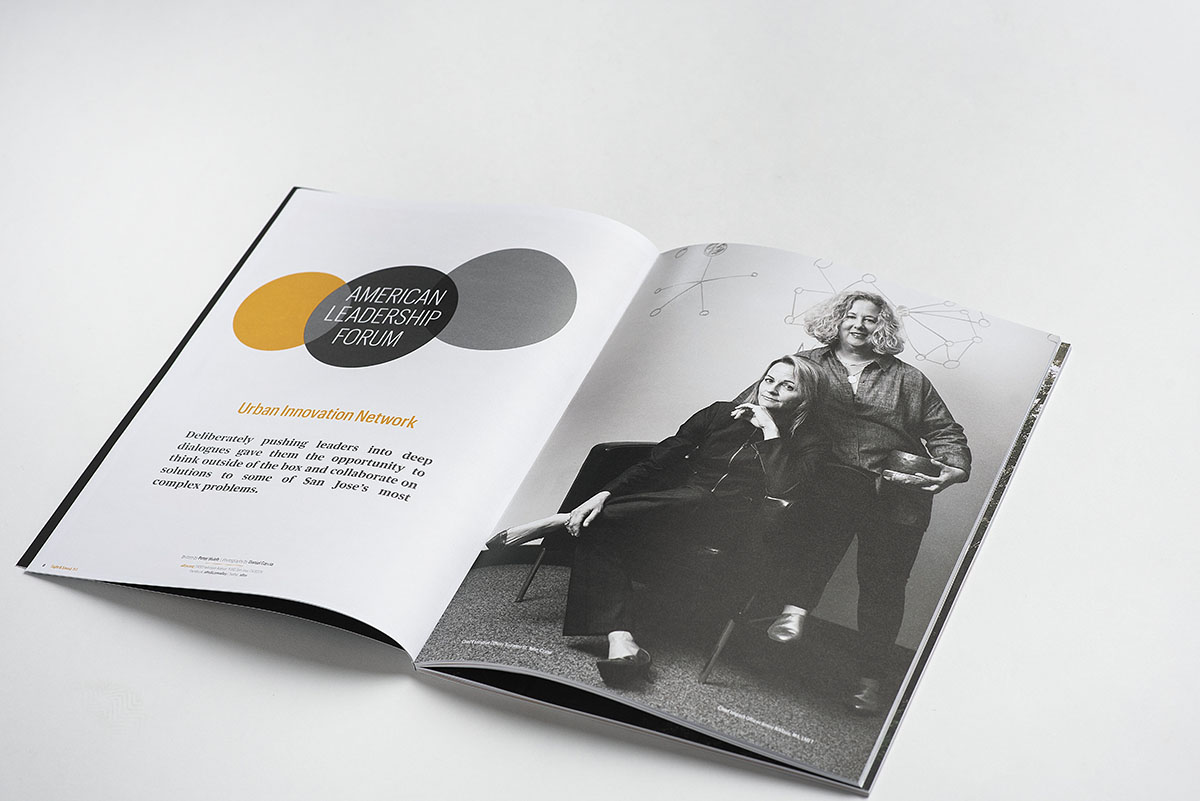 “We’re at a critical juncture in our evolution, and the startup buzz of possibilities is palpable. I experienced it when I came here in 2008 to build CreaTV San Jose,” recalls Suzanne St. John-Crane, former CEO of CreaTV and current CEO of American Leadership Forum - Silicon Valley. “This is the only city I’ve lived in where I felt like it was easy to plug in immediately and help to shape its future.” Despite the city’s accessibility, American Leadership Forum and other leaders in the community saw the need for networks to be purposefully created and nurtured in order to fully realize San Jose’s potential. St. John-Crane was invited to be a part of the first Urban Innovation Network class while running CreaTV San Jose and saw the value of connecting sectors in deep relationship in order to accelerate impact. During her class, she became the CEO of American Leadership Forum.

“There was a feeling among city officials, members of the community, and American Leadership Forum senior fellows that San Jose was not realizing its full potential as a city. We needed a network of leaders that did not exist before to drive critical changes and innovations in the areas of art, community engagement, and cultural preservation,” Jenny Niklaus explains. In 2015, with funding from the Knight Foundation and support from SPUR, SV Creates, and the City of San Jose, American Leadership Forum launched the Urban Innovation Network, bringing together demonstrated leaders to address the revitalization of downtown San Jose and its surrounding neighborhoods. Four unique classes were created, with the objective of establishing an inspired network of urban leaders from diverse backgrounds to improve downtown San Jose. Today the network is 77 senior fellows strong. 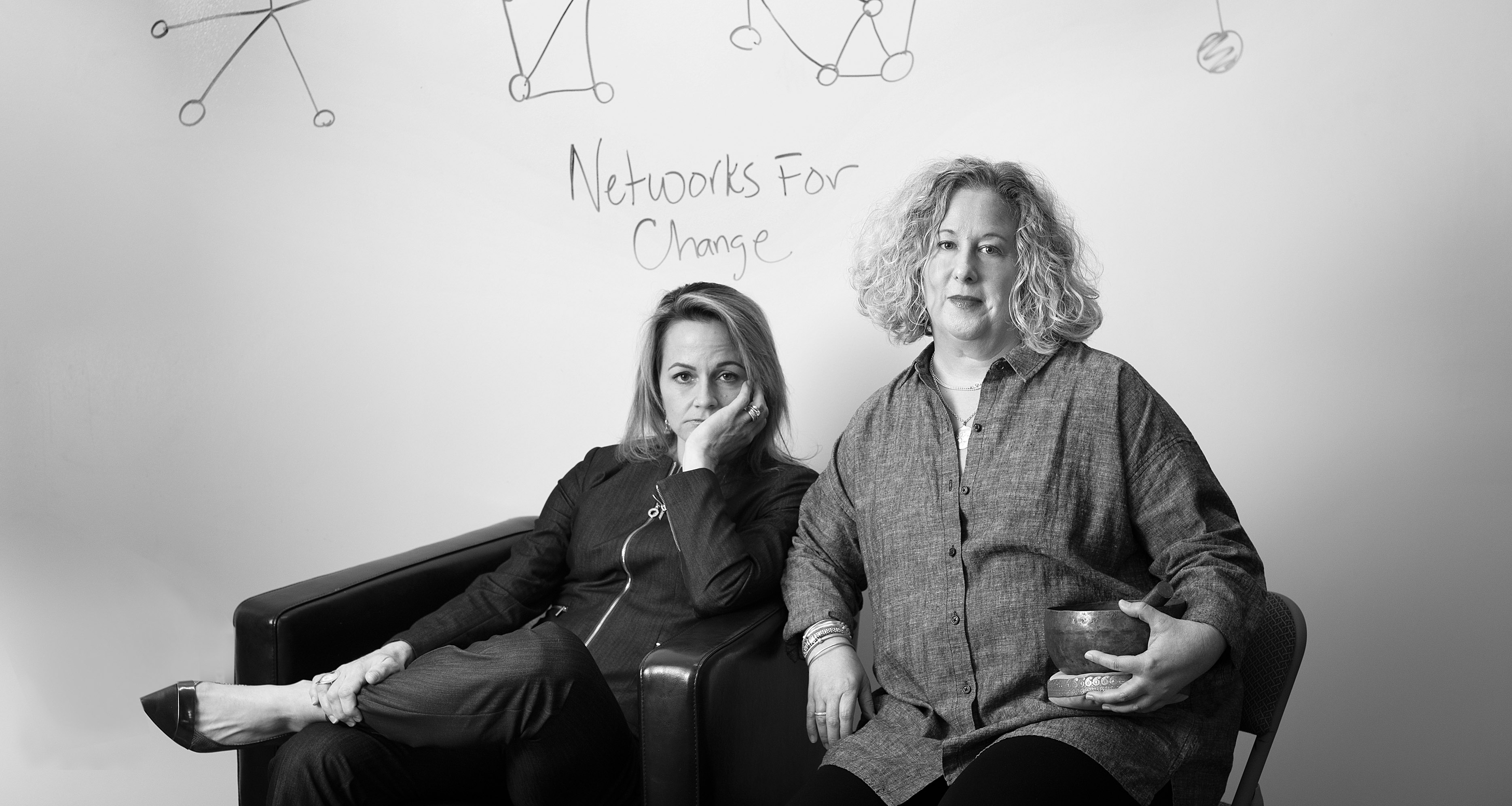 Utilizing the practices and teachings from American Leadership Forum’s classic classes—network theory and innovative thinking—the Urban Innovation Network came together to find answers to some of our city’s most challenging questions: How can the network lead the charge in embracing an urban mindset? What will urbanism look like in San Jose? How can we connect, activate, and promote the neighborhoods and assets surrounding downtown? How do we dive into and lead the tough dialogues about gentrification, cultural preservation of neighborhoods, and embracing change?

One of the most prevalent problems that cities face in regards to civic and community engagement is that relationships are siloed, oftentimes based on historical factors. It can be difficult for someone new to participate and have an impact. The Urban Innovation Network aims to break these silos and create a more equitable way for people to access these relationships and connect across sectors.

Supporting innovation, art, and culture in neighborhoods require that community leaders, nonprofits, and city leaders work differently than they have in the past. Achieving the right mix of people within these classes was of the utmost importance, and it was a task that American Leadership Forum approached with great care. “We made sure that all four of our Urban Innovation Network classes had at least three City of San Jose leaders in order to create those critical connections,” says Niklaus. “The City of San Jose was a critical partner in that they supported the staff time to be a part of this network.” Through the development of the network, things began to shift, both in actual tangible benefits but also in the way in which people felt about the work and each other.

It has been over three years since American leadership Forum - Silicon Valley launched the Urban Innovation Network. We can see some of the progress and policy changes that have resulted from the collaborations, conversations, and projects born from that network. Deliberately pushing these leaders into deep dialogues gave them the opportunity to think outside of the box and collaborate on solutions to some of San Jose’s most complex problems.

One collaboration born out of this network was Viva San Jose, a group working to create cultural activations of public space through events and happenings. Members include Fil Maresca, Barbara Goldstein, Ryan Sebastian, Omar Rodriguez, and Ed Solis. Primarily, the group worked to partner with the city to think about how to expand the event beyond one day. The goal was to activate the culture and art throughout different neighborhoods. This idea was prototyped at last year’s Viva Calle, which included an evening-time party in the SoFA District.

Another group within the network came together with the goal of making event production more accessible. Demone Carter and Jim Reber, along with Ryan Sebastian and Blage Zelalich, worked to create a fast track permitting process for events in the city. They wanted to create certain changes in public policy to make it easier for smaller organizations to hold events and activate public spaces within the city. The result was a streamlined process for small events in the plazas and paseos with the goal of expanding this process to parks.

"Deliberately pushing these leaders into deep dialogues gave them the opportunity to think outside of the box and collaborate on solutions to some of San Jose’s most complex problems."

“American Leadership Forum created the Urban Innovation Network, but the work and the progress belongs to the leaders in that network and the community members that helped make the network possible,” Niklaus says. “We believe that complex systems cannot be solved through top-down leadership models and has to come from dispersed, networked leadership models that empower leaders across the system.”

“By bringing together individuals that are passionate about the city’s future and providing a container for them to develop foundational, deep relationships with each other, the possibilities for their work together are endless. True changemaking networks are not about putting their brand, organization, or CEO in the center of the universe. True social impact networks are sometimes hard to find, but their impact can be seen everywhere. There’s not an issue in San Jose that the Urban Innovation Network isn’t touching and impacting,” replies St. John-Crane. When asked about where she sees the Urban Innovation Network in the future, she answers, “The network will continue to deliver creative public space activation, better collaboration and coordination among cross sector changemakers, and smarter public policies that accelerate impact for the good of all. It’s already happening, and we only anticipate the work growing.”