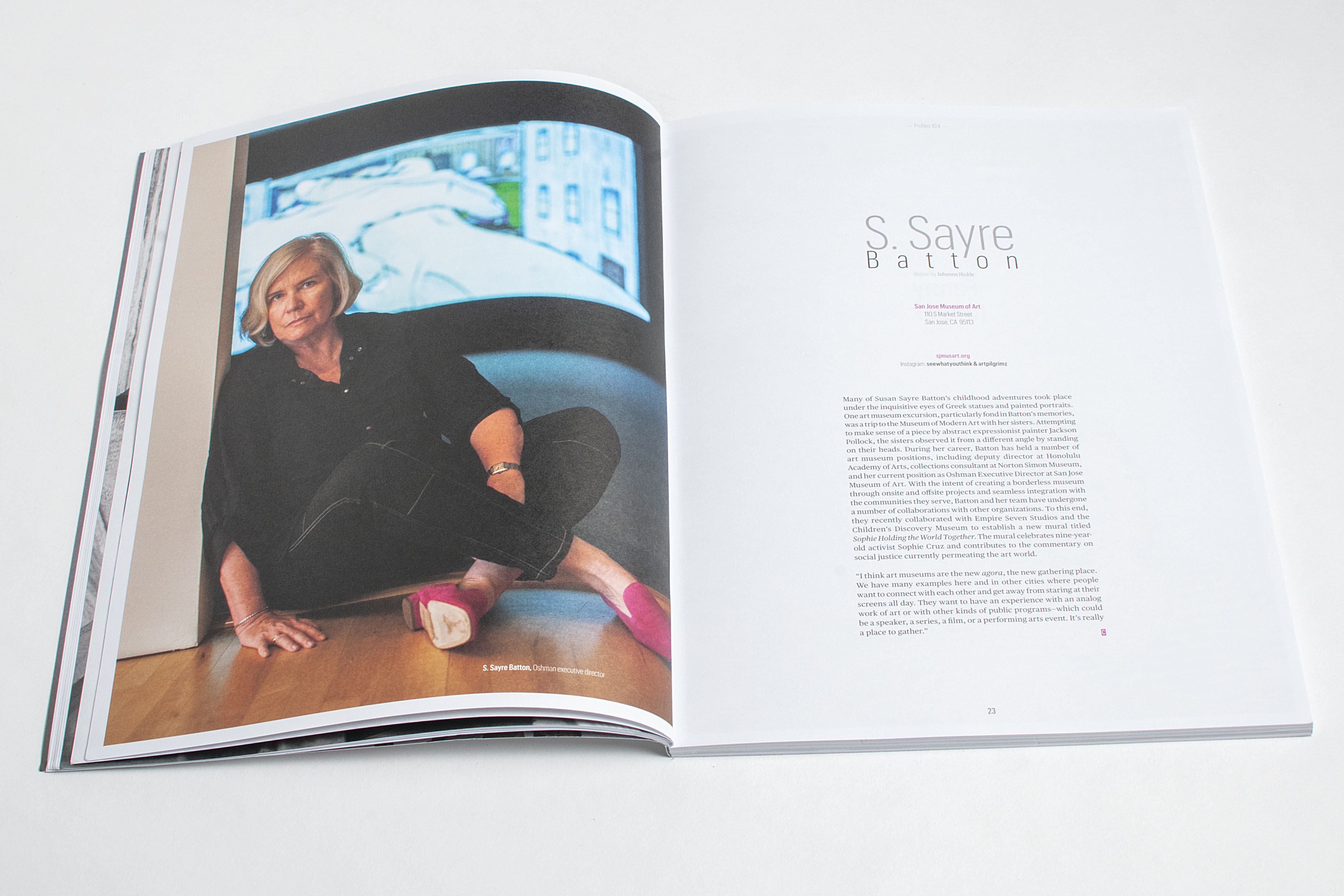 Many of Susan Sayre Batton’s childhood adventures took place under the inquisitive eyes of Greek statues and painted portraits. One art museum excursion, particularly fond in Batton’s memories, was a trip to the Museum of Modern Art with her sisters. Attempting to make sense of a piece by abstract expressionist painter Jackson Pollock, the sisters observed it from a different angle by standing on their heads. During her career, Batton has held a number of art museum positions, including deputy director at Honolulu Academy of Arts, collections consultant at Norton Simon Museum, and her current position as Oshman Executive Director at San Jose Museum of Art. With the intent of creating a borderless museum through onsite and offsite projects and seamless integration with the communities they serve, Batton and her team have undergone a number of collaborations with other organizations. To this end, they recently collaborated with Empire Seven Studios and the Children’s Discovery Museum to establish a new mural titled Sophie Holding the World Together. The mural celebrates nine-year-old activist Sophie Cruz and contributes to the commentary on social justice currently permeating the art world.

“I think art museums are the new agora, the new gathering place. We have many examples here and in other cities where people want to connect with each other and get away from staring at their screens all day. They want to have an experience with an analog work of art or with other kinds of public programs—which could be a speaker, a series, a film, or a performing arts event. It’s really a place to gather.”