FEATURED in  Issue 8.1 “SIght and Sound” 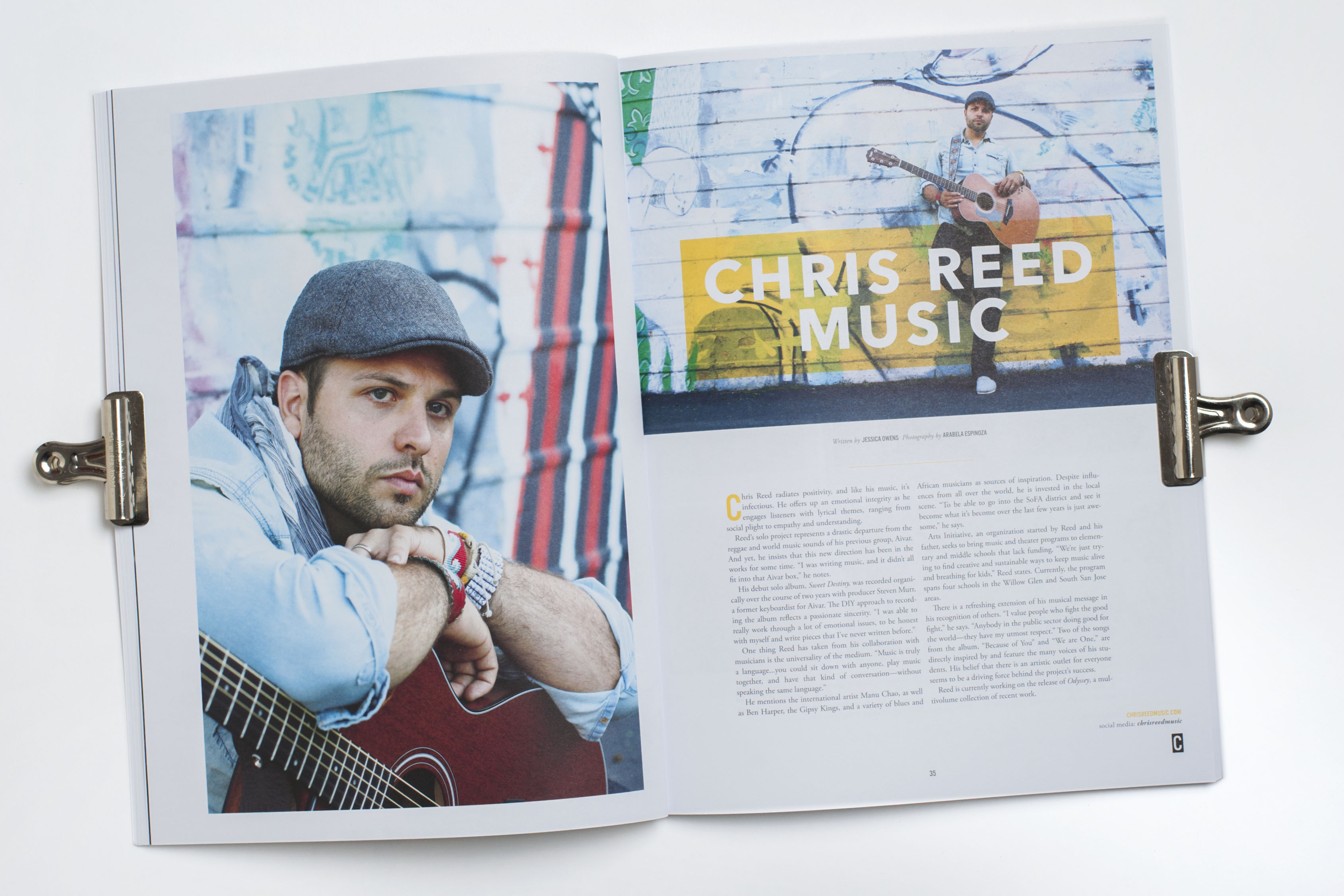 Chris Reed radiates positivity, and like his music, it’s infectious. He offers up an emotional integrity as he engages listeners with lyrical themes ranging from social plight to empathy and understanding.

Reed’s solo project represents a drastic departure from the reggae and world music sounds of his previous group, Aivar. And yet, he insists that this new direction has been in the works for some time. “I was writing music, and it didn’t all fit into that Aivar box,” he notes.

His debut solo album, Sweet Destiny, was recorded organically over the course of two years with producer Steven Murr, a former keyboardist for Aivar. The DIY approach to recording the album reflects a passionate sincerity. “I was able to really work through a lot of emotional issues, to be honest with myself and write pieces that I’ve never written before.”

One thing Reed has taken from his collaboration with musicians is the universality of the medium. “Music is truly a language…you could sit down with anyone, play music together, and have that kind of conversation—without speaking the same language.”

He mentions the international artist Manu Chao, as well as Ben Harper, the Gipsy Kings, and a variety of blues and African musicians as sources of inspiration. Despite influences from all over the world, he is invested in the local scene. “To be able to go into the SoFA district and see it become what it’s become over the last few years is just awesome,” he says.

Arts Initiative, an organization started by Reed and his father, seeks to bring music and theater programs to elementary and middle schools that lack funding. “We’re just trying to find creative and sustainable ways to keep music alive and breathing for kids,” Reed states. Currently, the program spans four schools in the Willow Glen and South San Jose areas.

There is a refreshing extension of his musical message in his recognition of others. “I value people who fight the good fight,” he says. “Anybody in the public sector doing good for the world—they have my utmost respect.” Two of the songs from the album, “Because of You” and “We Are One,” are directly inspired by and feature the many voices of his students. His belief that there is an artistic outlet for everyone seems to be a driving force behind the project’s success.

Reed is currently working on the release of Odyssey, a multivolume collection of recent work.

This article originally appeared in Issue 8.1 Sight and Sound.