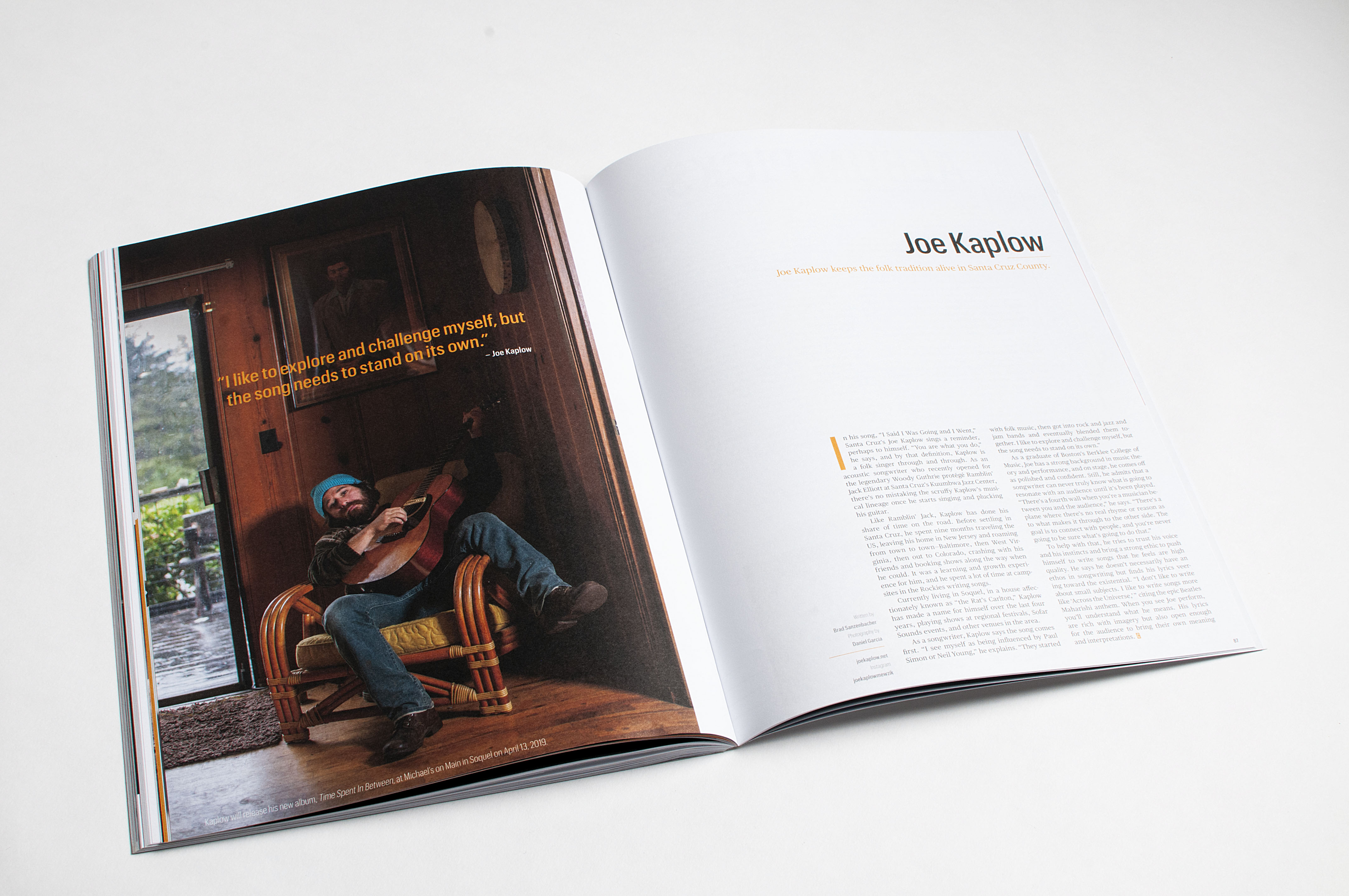 In his song, “I Said I Was Going and I Went,” Santa Cruz’s Joe Kaplow sings a reminder, perhaps to himself. “You are what you do,” he says, and by that definition, Kaplow is a folk singer through and through. As an acoustic songwriter who recently opened for the legendary Woody Guthrie protégé Ramblin’ Jack Elliott at Santa Cruz’s Kuumbwa Jazz Center, there’s no mistaking the scruffy Kaplow’s musical lineage once he starts singing and plucking his guitar.

Like Ramblin’ Jack, Kaplow has done his share of time on the road. Before settling in Santa Cruz, he spent nine months traveling the US, leaving his home in New Jersey and roaming from town to town—Baltimore, then West Virginia, then out to Colorado, crashing with his friends and booking shows along the way when he could. It was a learning and growth experience for him, and he spent a lot of time at campsites in the Rockies writing songs.

Currently living in Soquel, in a house affectionately known as “the Rat’s Carlton,” Kaplow has made a name for himself over the last four years, playing shows at regional festivals, Sofar Sounds events, and other venues in the area.

As a songwriter, Kaplow says the song comes first. “I see myself as being influenced by Paul Simon or Neil Young,” he explains. “They started with folk music, then got into rock and jazz and jam bands and eventually blended them together. I like to explore and challenge myself, but the song needs to stand on its own.”

As a graduate of Boston’s Berklee College of Music, Joe has a strong background in music theory and performance, and on stage, he comes off as polished and confident. Still, he admits that a songwriter can never truly know what is going to resonate with an audience until it’s been played. “There’s a fourth wall when you’re a musician between you and the audience,” he says. “There’s a plane where there’s no real rhyme or reason as to what makes it through to the other side. The goal is to connect with people, and you’re never going to be sure what’s going to do that.”

“I like to explore and challenge myself, but the song needs to stand on its own.”

To help with that, he tries to trust his voice and his instincts and bring a strong ethic to push himself to write songs that he feels are high quality. He says he doesn’t necessarily have an ethos in songwriting but finds his lyrics veering toward the existential. “I don’t like to write about small subjects. I like to write songs more like ‘Across the Universe,’ ” citing the epic Beatles Maharishi anthem. When you see Joe perform, you’ll understand what he means. His lyrics are rich with imagery but also open enough for the audience to bring their own meaning and interpretations.

Kaplow will release his album, Time Spent In Between, at Michael’s on Main in Soquel on April 13, 2019.