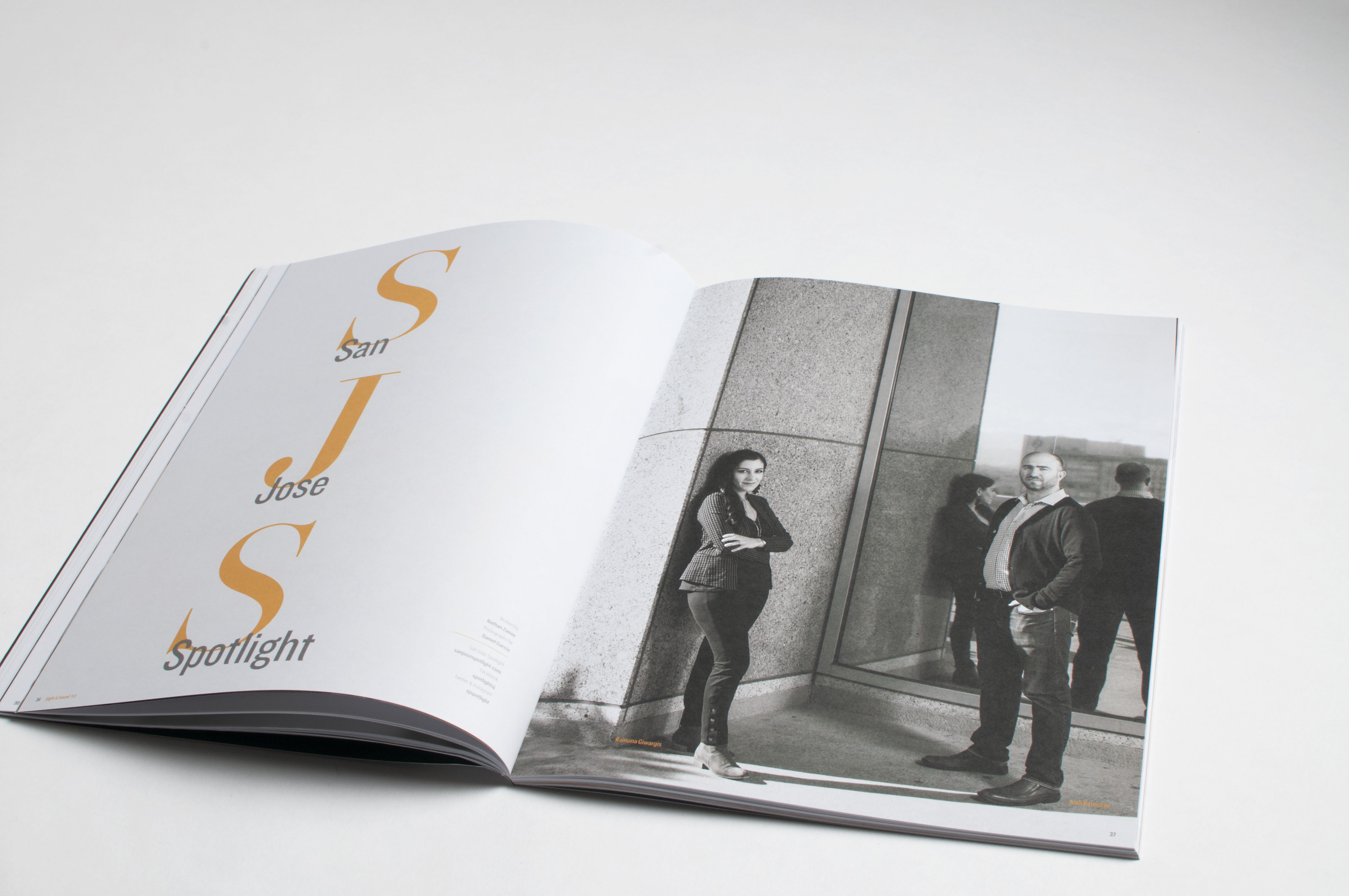 As the 10th-largest city in the United States, San Jose’s local news offerings are startlingly sparse. The Mercury News has reduced its staff reporters in recent years, even while buying out many of the surrounding community newspapers. Metro fills some of the holes in San Jose coverage, but as a free weekly, its scope is limited. Online publications like Patch have struggled with readership, and TV news outlets spread their resources across the entire Bay Area. All of this leaves Silicon Valley residents with few opportunities to read about local politics, community issues, and other important news affecting their lives.

“It’s a news desert,” says Josh Barousse, who, with his wife, journalist Ramona Giwargis, launched a new, independent, online news outlet called San Jose Spotlight in January. Spotlight is based on a nonprofit model, with the goal of addressing the dearth of news in the South Bay by delivering “an alternate source for high-quality, reliable, and truthful news.”

“It’s a new model in San Jose, but nationally, it’s a growing model,” says Barousse. This approach has seen success in cities and regions across the country, including San Francisco, Denver, and Vermont, but also has national support through news outlets like Mother Jones and the Center for Investigative Reporting. “It’s the fastest-growing news model—it’s the fastest-growing field in journalism,” Giwargis says. “There are, at this point, close to 200 nonprofit news organizations across the country.”

San Jose Spotlight will be a digital-only publication, with a completely free website, no paywall and no pop-up advertising. Funding will come from individual memberships, business partnerships, foundation grants, and special quarterly paid events that will feature educational opportunities, panel discussions, and community engagement. “For years, newspapers have relied on advertising to sustain themselves, but I personally feel that model is no longer working,” Giwargis explains. “People just aren’t buying print ads anymore; newspapers are reducing the size of the paper and the coverage, and yet they expect to be able to continue selling ads.” She also adds, “Looking to other [nonprofit publications] that have cut out ads and are relying just on those revenue streams we’ve mentioned—they’ve been able to make it work.”

“If this model could be successful in Nevada, why not in Silicon Valley, the heart of innovation?”_Ramona Giwargis

Just as is the case with other nonprofits, fundraising will need to be a focus, and the goal is for Spotlight to receive most of its funding from individual donors so that they don’t need to rely on large grants that can disappear unexpectedly. Barousse, who will manage the development and operational elements of the organization, sees this as key to long-term sustainability. Memberships to the site will be similar to a donation to a public television station or to your favorite podcast network, with levels ranging from five dollars to $200 per month.

The Spotlight duo met when Giwargis was covering the 2016 City Council races, in which Barousse had an unsuccessful bid for the District 8 seat. Both of them grew up in San Jose and went to school locally, and they made a good connection. After Barousse moved on from policy work at City Hall to doing advocacy for Silicon Valley at Home, they kept in touch, and a relationship blossomed. “It’s a winning combination,” Barousse points out, referring to both their personal and professional partnership. “Her journalism background and my development background can really make [San Jose Spotlight] successful long-term.”

Giwargis brings with her more than 10 years of experience in journalism, much of it working the city hall beat for The Mercury News. But when she lost her job in December of 2017, a new opportunity came up quickly at the Las Vegas Review-Journal, so she and Barousse put a pin in their San Jose roots and made the move. Her new position was covering politics and government, including the recent, highly-contentious US Senate campaign. “It was one of the most closely watched senate races in the nation,” she explains. “It was a great experience.”

While living in Nevada for just over a year, the couple discovered a newspaper called The Nevada Independent. “It’s a nonprofit model and they’re doing incredible work,” Giwargis says. “I was curious to see if we could do something similar in San Jose; we had been talking about it for years, and this was the first time it kind of clicked for me that the nonprofit news model might be the way to do it,” she adds. “I came home from work one day and told Josh, ‘I want us to do this for our hometown, in San Jose.’ We felt like if this model could be successful in Nevada, why not in Silicon Valley, the heart of innovation?”

Their move to Vegas always felt temporary, and they have kept close ties to friends and networks back in San Jose for the past year they have been away. “People who realize that through my years at The Mercury News I was always fair, continue to come to me with stories,” Giwargis says. “Even when I was in Nevada, I would often get text messages and phone calls from sources back in San Jose saying, ‘This is happening; no one’s writing about this’ or ‘Wish you were here. You could cover this.’ So we still have those relationships.” Barousse and Giwargis are tapping into a network of journalists known in the community, who have covered the South Bay, who have sources, and have built relationships. “Josh is very respected and very well known as a man of high integrity who’s built a lot of relationships in the community—and I have, too,” Giwargis says.

Making the move back to San Jose to create San Jose Spotlight has been an exciting one. When the full site launched, it already had well over 100 members signed up, along with grant money and support from some prominent local leaders who are eager to see what a new news source can bring to the community. Success, the two founders agree, would be to create something reliable and sustainable that is community driven and community supported. “This is a movement. This is a new day for San Jose,” says Giwargis. “This is an opportunity to do things completely differently than we’ve done in the past.”

For a city that has been fasting in a desert for years, San Jose Spotlight might be just the thing to quench the community’s thirst for news.