The SVArts program annually awards prestigious honors to Santa Clara County-based artists in a variety of categories and disciplines. In the nearly 30 years since its establishment, the program has awarded more than 175 artists who push the boundaries of creativity with both recognition and a cash prize to assist in pursuing their craft. This year, awards were given in the categories of Backstage (for those working behind-the-scenes in a theatrical setting), On Stage (for a performing artist), On the Wall (for visual artists working in traditional or mixed media), On the Page (a new award recognizing an artist in the literary arts), Emerging Artist (for a young artist in any medium who shows promise for continued growth and excellence), the SV Nexus Award (honoring an artist who uses technology to fuel their creative work).

The artists are chosen based not only on their body of work, but also on their community involvement and engagement. As educators, artists, and performers, each of them has devoted time not only to their own craft, but also to mentoring others and forging new cultural connections in the diverse Silicon Valley community.

Pantea Karimi
On the Wall 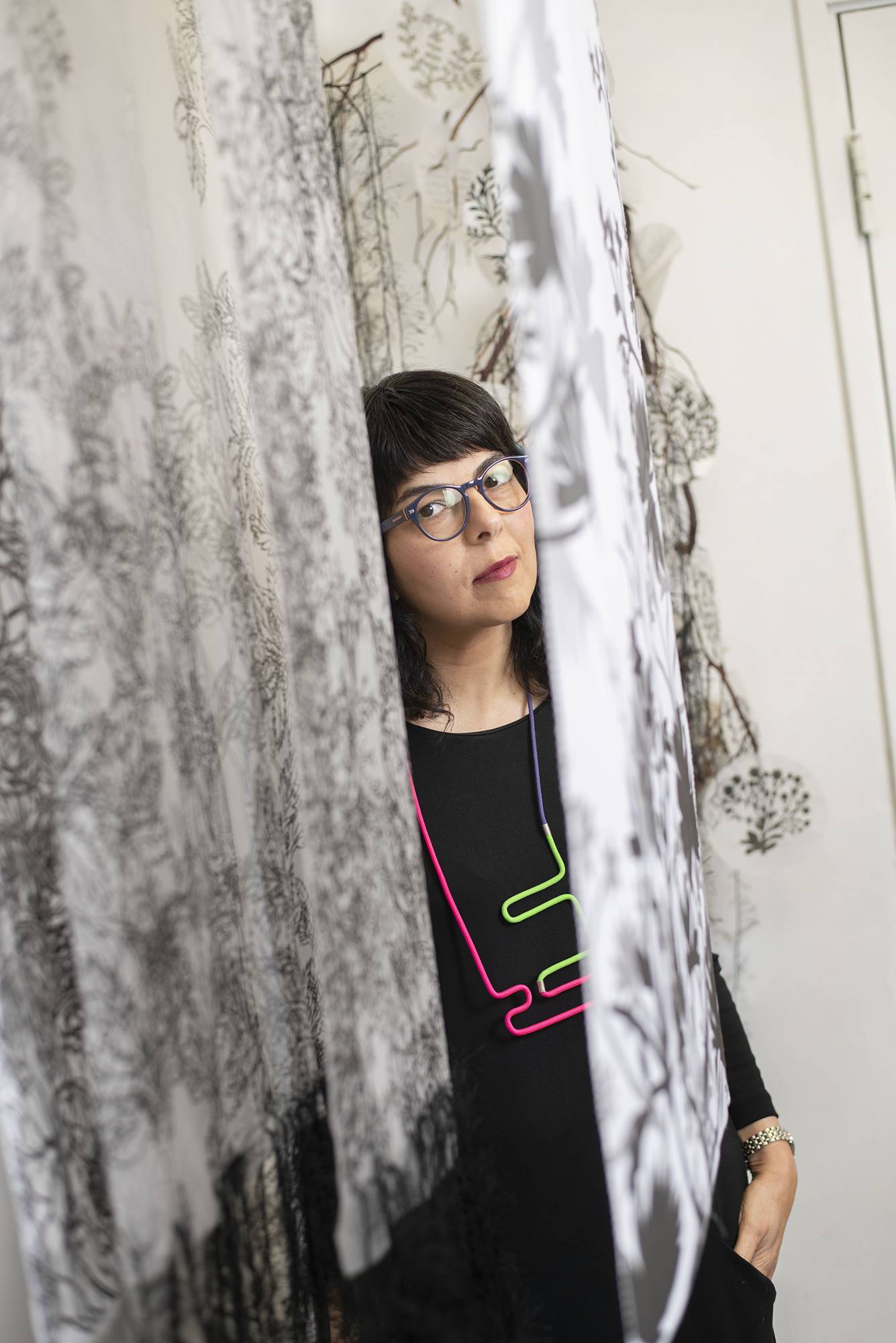 Iranian American visual artist Pantea Karimi began formally studying art at age 14 and never looked back. With the encouragement of her parents, she earned an MFA in Graphic Design from the Art University in Tehran before opening up her own studio there. In 2001, she moved to England to study printmaking while showcasing many of her own works in galleries and collections around the world. She continued her studies at San Jose State starting in 2005 with a second master’s degree in painting and printmaking. Drawn from an early age to her mother’s fashion magazines—not only for the clothing styles, but for the layout and design elements—some of Karimi’s recent work has brought this thread back into focus as she has studied various forms of print media from a design lens. Today, she is a sought-after speaker at museums and universities; she also teaches at the College of San Mateo and maintains a studio in Palo Alto.

“As an artist, I am naturally driven by my deep feelings and childhood experiences that have shaped my perceptions of the world. My work has been an exploration into the pages of medieval Persian, Arab, and early modern European scientific manuscripts. The scientific books from these periods offer nuanced understandings of the relationship between form and text, and above all, between scientific concepts and their myriad manifestations in visual forms. I also draw inspirations from artists from around the world, my peers, and art genres. I am always thankful to the art communities that embraced me and contributed to my growth as an artist.” 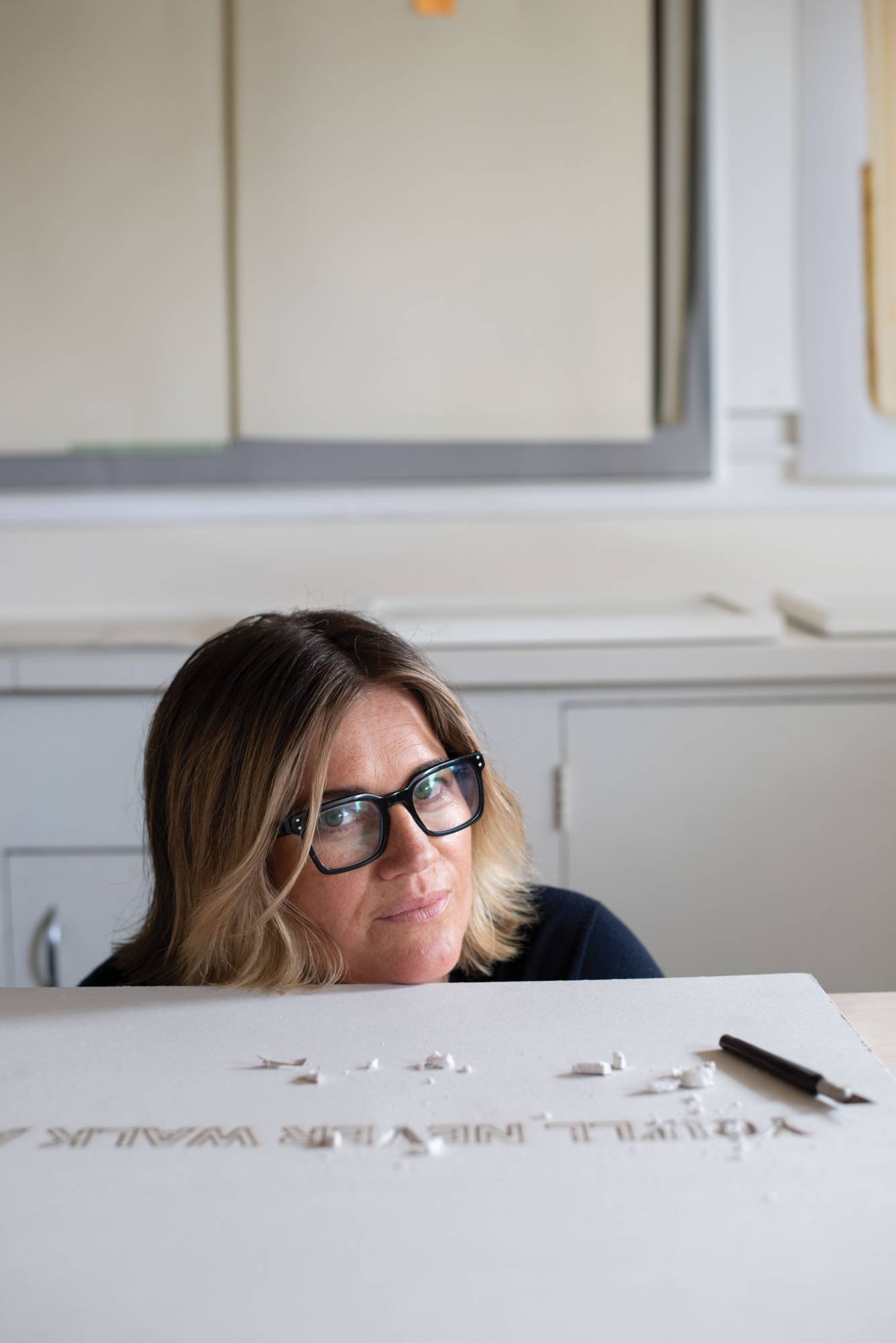 Mel Day was born and raised in Canada, the eldest of nine children. Her parents were botanists, and at a young age she found creative inspiration in the strange fungal forms she saw as she peered into their microscopes. On her educational path, she took many turns through various colleges, exploring different artistic practices and embarking on scientific adventures; she eventually wound up with an MFA from UC Berkeley. Today, her wide range of multidisciplinary experiences and interests have manifested in a new participatory singing platform and video installation inspired by her previous work, Wall of Song, which compiled hundreds of online voices into a community musical experience.

“I remember working on a piece that was one of the most technically and emotionally challenging projects I have ever made. The piece just went through one too many moves, as it were. But this piece catalyzed my practice. I received valuable feedback, learned restraint, and kept following the thread of the work. I now draw upon these learnings as an educator and ultimately am grateful for the ways in which I’ve been privileged to continue in my practice. I feel inspired and mentored by many of the people that I’ve met in this area who are working at the edges of their fields. I realize now that living here has deeply influenced, nurtured, and supported my practice in way that might not have been otherwise possible. I’ve been drawn to the resonance of collective singing ever since I can remember when my father first played records at top volume in our living room of thousands of Welshmen singing. These voices have now come full circle in my work.” 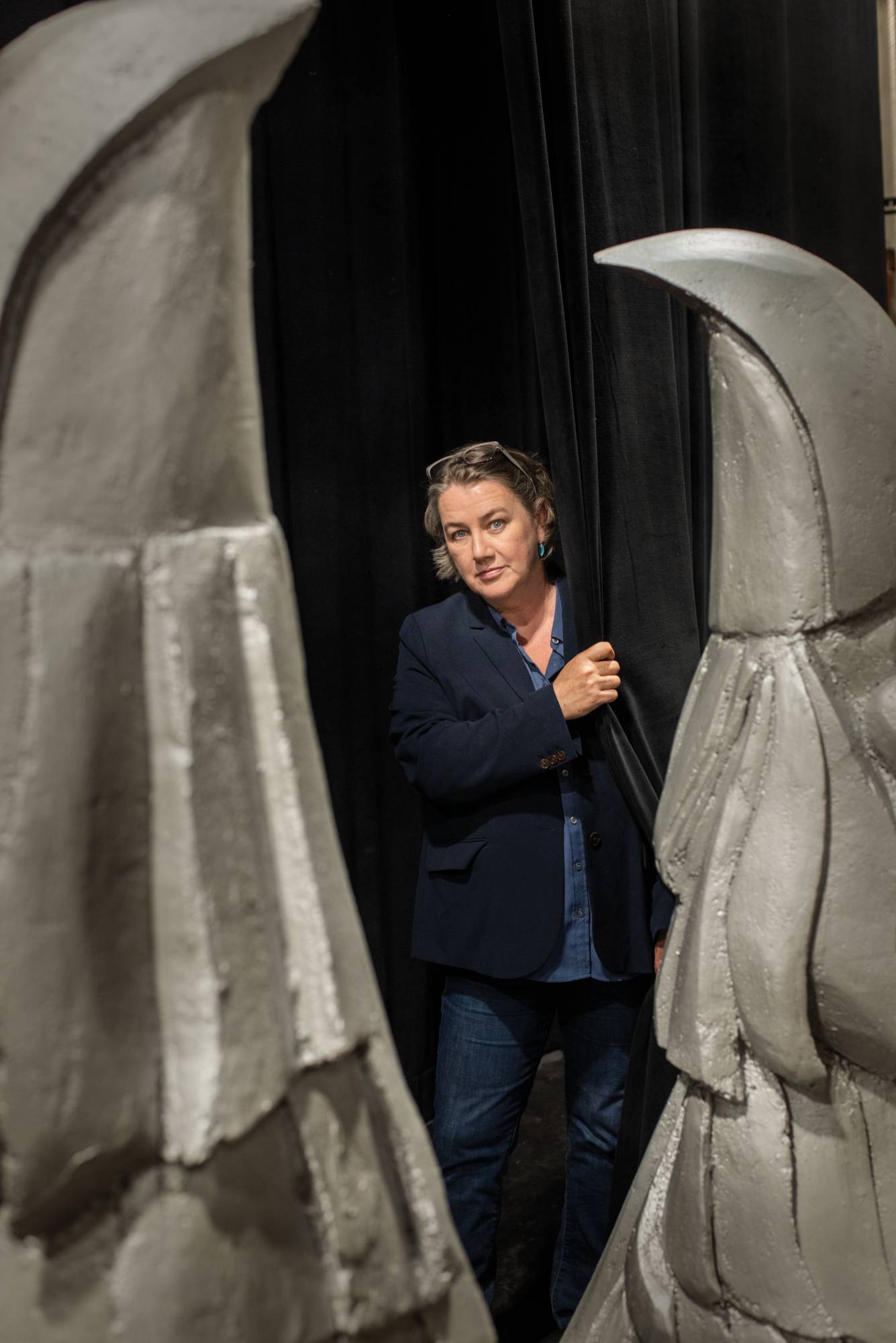 Andrea Bechert traces her interest in scenic design for live theater back to her middle school years watching her father design a tunnel through a mountain, helping him build things, and feeling his support of her creativity. “Both my parents taught me to work hard, do my absolute best, take great pride in all that I do, treat everyone with respect and kindness, and to see the beauty in the world all around us,” she says. Bechert attended Ohio University and studied Scenography, then did an internship at the Salzburg Festspielhaus in Austria. In the ’90s, she moved to the Bay Area with no contacts and no work, finding what opportunities she could as a designer, a stagehand, a scenic artist, and a props master. A two-year sabbatical in Chicago turned into 11 years, but she eventually returned to the Bay Area, which she considers “one of the most beautiful places in the country.” She has now designed over 350 productions nationwide, and in addition to continuing to work in theater, teaches at both San Jose State and the Mountain View Center for Performing Arts.

“As a Scenic Designer, I have a unique and magical task. I create a new world for each production, unique to the particular characters and stories. When I do my job well, the audience connects with these visuals, becoming engrossed in the experience of the play, transported momentarily into the world of the characters. In the best of instances, my design, the arrangement and composition of the visual elements, inspires mental and emotional connections in the audience members’ minds. Live theater is like a guided dream for the audience, and each audience member’s experience is unique and magical. Designers do not just design spaces and environments, we design dreams.” 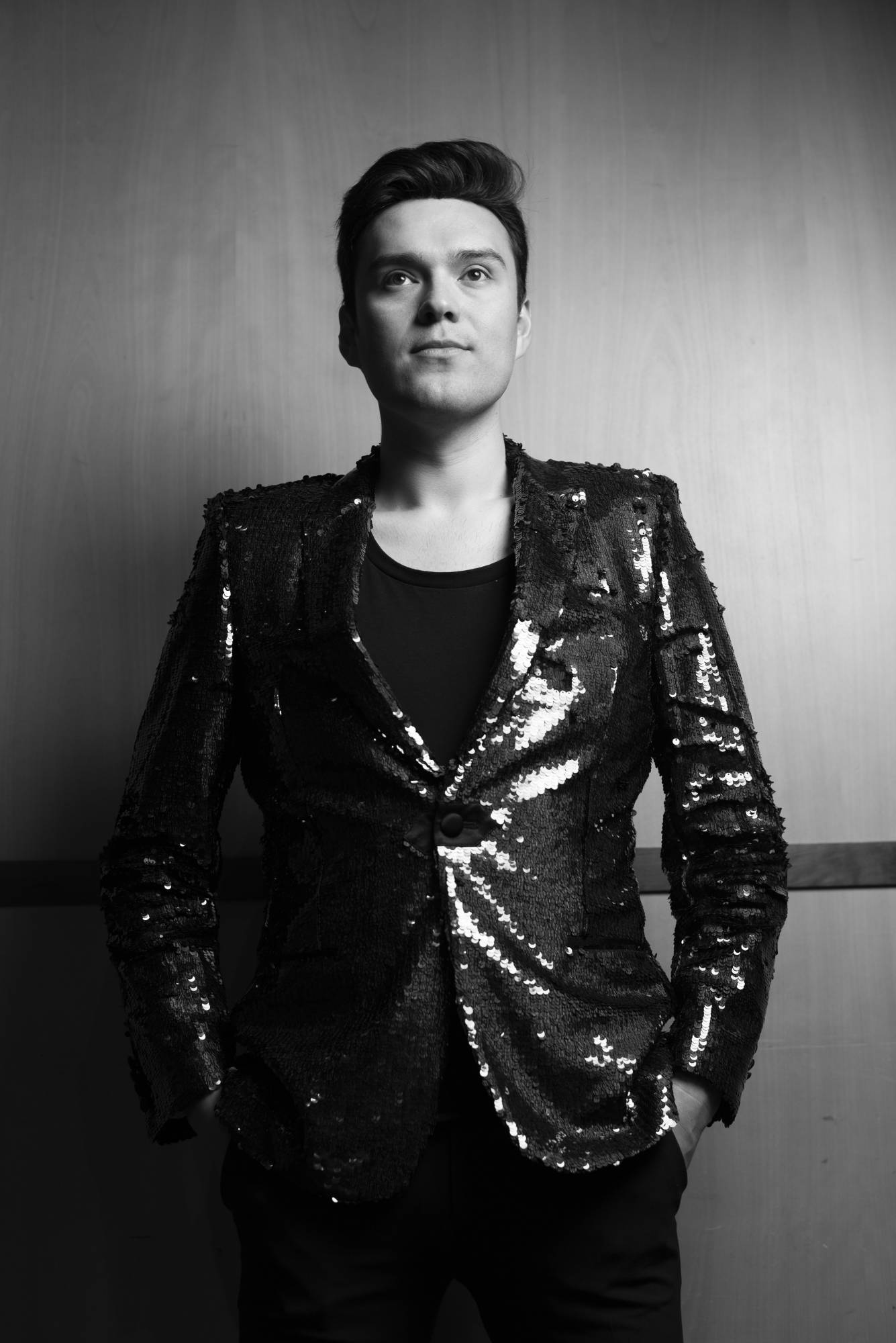 A San Jose native, Ray Furuta has devoted his career to the flute. As a prodigious high school student, he was invited to take private lessons with renowned flutist Carol Wincenc and continued to study under her private instruction through college. In 2011, Furuta returned on a break from his studies at Stony Brook University in New York and had a revelation that there simply wasn’t enough opportunity available in his own home town for classical musicians to thrive. So, he founded Chamber Music Silicon Valley (CMSV) to fill the void, an organization for which he still serves as Artistic Director. Initially conceived as an outlet for traditional classical performances, today CMSV attempts to push the boundaries of what chamber music can be in the hopes of making it more relevant to the diverse Silicon Valley community. Furuta, meanwhile, continues to tour worldwide as a soloist, chamber musician, teacher, and cultural ambassador.

“Being able to give musicians the tools they need to go out and be successful is a very important mission for me. I also have a passion for using my talents to ignite social change—to enable my students to go out and be advocates for music and social justice. Working hard to better the lives of my family and make them proud of me is a constant inspiration (not pressure, at all). They sacrificed so much for me to achieve the career that I currently have—so giving back to them is an important inspiration for me. Otherwise, breaking social and cultural barriers and creating a better world through music is overall what I strive to accomplish; even if the impact is only a little, that little matters very much to me and keeps me working hard.”

Renee Billingslea
On the Wall 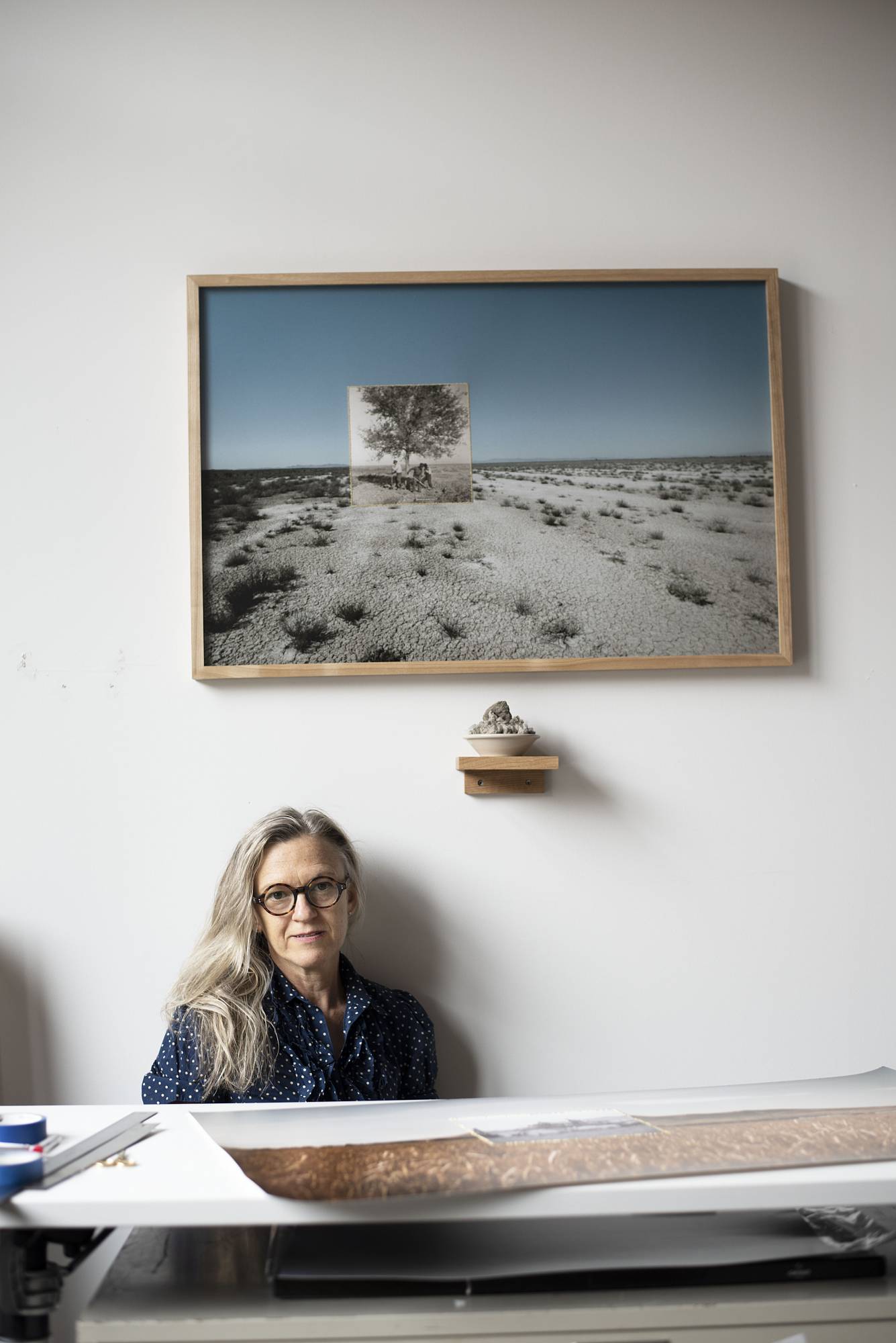 Renee Billingslea grew up in Eugene, Oregon. The product of two artists herself (her mother was a ballet dancer, her father a graphic designer and painter), she was always surrounded by the arts, so a career in photography seems only natural. She earned a BFA from Southern Oregon University before transplanting to San Jose State for her MFA, where her biggest challenge was nurturing both a career and a newborn daughter. Her hard work paid off; she completed her master’s and is now a senior lecturer at Santa Clara University. Her current project is Ten American Concentration Camps, a study of the 10 locations of World War II Japanese American internment and the impacts of these camps on citizens and communities. It is set to debut next year at the Triton Museum of Art.

“In the 7th grade I took my first photography class with Ms. Geoller and was completely seduced by the instant gratification that black and white analog photography gave me. There was a true connection, and years later, I would learn this was one of my life’s callings. Now that our baby is mostly grown, I find myself running to my studio and keeping a journal of the many ideas and work I must do. Every day I am grateful for all my abilities that allow me to grow and evolve as an artist.” 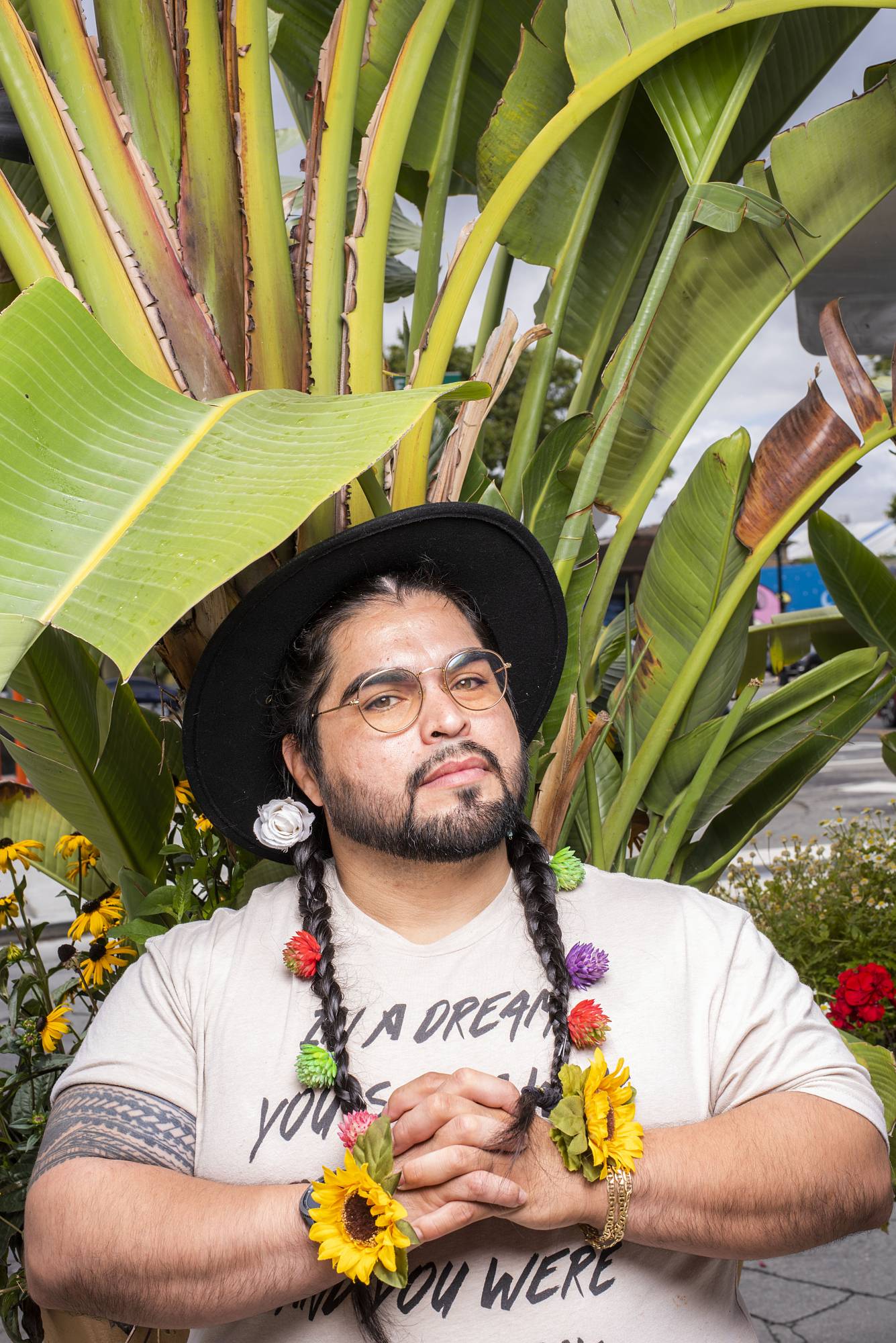 Jarvis Subia was born and raised in San Jose, graduated from Oak Grove High School, and attended college at San Francisco State, where he found his passion at a campus spoken word poetry group called S.P.E.A.K. (Spoken Poetry Expressed by All Kinds). He soon began traveling the country, competing in poetry slams as a representative for local poetry groups. In 2018, he earned the Grand Slam Champion award at the San Jose Poetry Slam. His writing draws on influences from music to visual arts to photography, and touches on topics of personal experiences, social issues, and community. While he will always consider the world of slam poetry home, he aspires to hone his craft to create literary work as well, bringing “a new fierce voice to an older practice.”

“I've been blessed with [the chance] to travel and perform my work across the country. It’s a gorgeously wholesome feeling to be recognized by the city you grew up in. The arts always seem to be combatants in juxtaposition with gentrification. It continues to seem [that way] in the Bay as more new and affluent people move in and more artists move out, pushed out by the rising cost of living and lack of adequate work, especially work that provides enough to comfortably create art. There are so many writers, performers, organizers, painters, photographers, etc. coming together to ensure art happens; arts tend to get cultivated by the people who need it most. [There are] new, urgent voices and art movements emerging.”